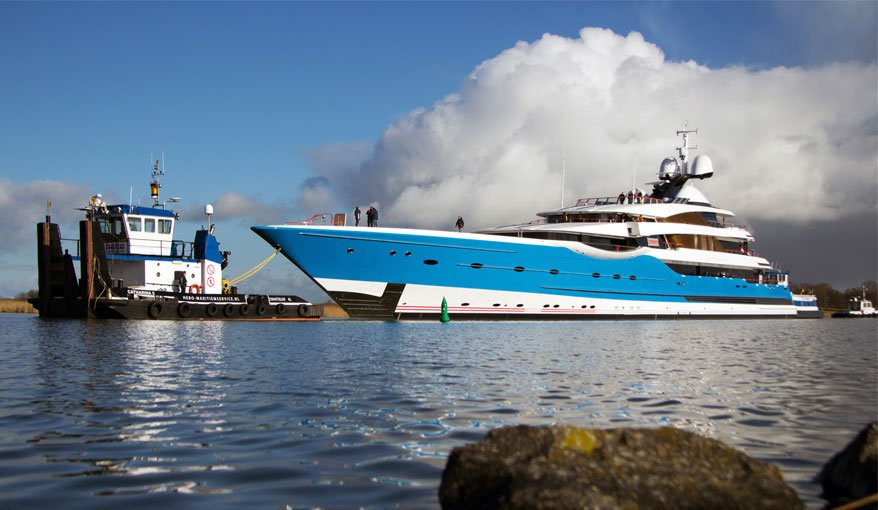 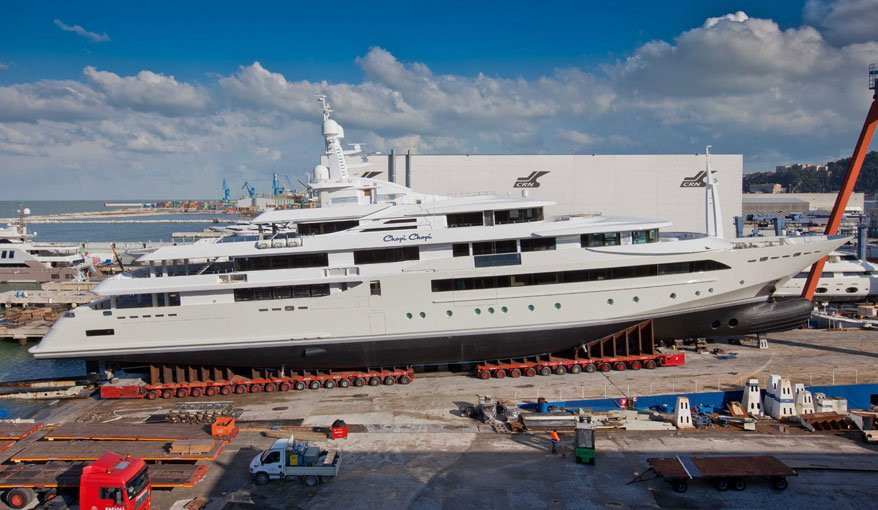 This has been a ground-breaking year in regards to new yacht launches, and with large yachts leaving the yard at an impressive rate - 2013 has proved an exciting addition to the heritage of the large yacht construction industry.

Azzam
Lurssen announced the delivery of the largest yacht in the world on the 25th of November after her launch in April 2013. Not only is this the largest yacht ever built by the superyacht industry, but due to her state-of-the-art propulsion system, this ground-breaking launch marked the pinnacle moment of the year and the evolution of large yacht construction.

Madame Gu
Feadship launched the largest yacht ever built in the Netherlands earlier this year, and are currently working on a larger vessel to break their own personal best. Designed by Andrew Winch, Madame Gu was more than four years in the making and stands as one of the most impressive launches of the year.

Graceful
With a scheduled delivery of the December 2013, Project Graceful left her building dock in October and has most likely already undergone sea trials. Over the last 18 months, this stunning yacht, designed by H2 Yacht Design, has been fitted out both inside and out by Blohm + Voss in close cooperation with both the owner and Dorries Maritime Services.

Seahawk
The Perini Navi Group announced the successful delivery of the ultra-stylish Seahawk in November, the first yacht in their new generation of 60m sailing yachts. Not the largest in the list, but easily one of the most spectacular with a new generation of technology installed throughout her stunning layout and interior.

Solandge
Having only recently concluded her sea trials after her official launch in June, the 85.10m superyacht Solandge has attracted a lot of attention after the media first glimpsed the hull of 'Project Niki' last year at the Lürssen facilities in Rendsburg, Germany and more than earns her place in this list.

Chopi Chopi
CRN’s largest yacht to date, Chopi Chopi is the 129th pleasure vessel built by the Italian yard, which this year celebrated its fiftieth anniversary and is thus celebrating a monumental moment in its history.

Quattroelle
Having already done ten weeks of charter in the Caribbean and the Mediterranean before her debut at the Monaco Yacht Show, Quattroelle will undoubtedly be turning heads throughout her career and has sparked conversations across the industry as Lurssen continue to launch spectacular examples of Marine Engineering.

Red Square
Measuring 73m, this brand-new yacht (now named Axioma) took the Monaco Yacht Show by storm and is now set to start an incredible charter career. This is one of the most highly awaited launches of 2013 and undoubtedly has an exciting career ahead of her.

Grace E
What is now the third superyacht in the Picchiotti range, Grace E, like her predecessors Exuma and Galileo G, is part of the group’s project for relaunching the historic Picchiotti brand name in the world of large motor yachts. Now turning heads on the water, it’s clear to see how the Group is achieving their goals with this sophisticated vessel.