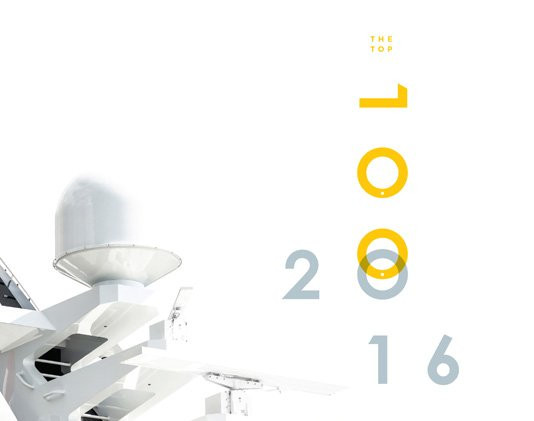 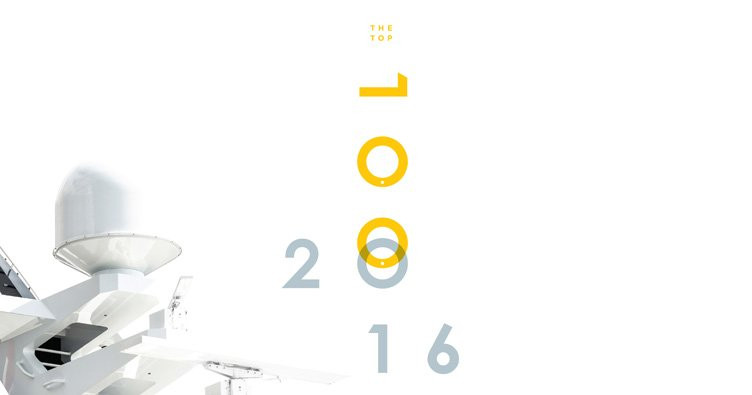 The Top 100 Largest Yachts In The World is an illustrious benchmark for measuring the achievements and advancements of one of the most unique industries in the world. An exclusive club of yachts, these incredible examples of marine engineering and cutting-edge design reflect the industry’s enduring capacity for pushing the boundaries of innovation.

Shining a light on the emerging trends in large yacht design, construction and the attendant lifestyle enjoyed by those on board, Superyachts.com has produced its latest forecast of the largest yachts set to join the Top 100 rankings across 2016.

This year, Superyachts.com is predicting 8 new entries into the Top 100, the largest of which will be a highly secretive new build currently under construction at the Mariotti Yachts shipyard in Genoa, Italy.

Measuring 150 metres, the Mariotti 131 is a yacht that is generating much speculation ahead of its launch. Her builders at Mariotti Yachts have so far shrouded a veil of secrecy over the project, but there are high hopes that the yard, which boasts a distinguished commercial shipping background, is set to deliver an eye-catching new addition into the Top 100.

The second largest new entry according to the forecast is the Kleven 370, an explorer yacht from Norwegian shipyard Kleven. Slated for arrival in 2016, the 116 metre superyacht reflects a growing appetite for exploration and adventure among yachting owners and charterers.

Other forecasted entries include the 106-metre Project Solar, which is set to emerge from the Oceanco shipyard in Alblasserdam, Holland. Featuring innovative solar powered sails, her launch will serve as further evidence of the industry’s commitment to green technology. In addition, Oceanco will also be introducing the 86-metre Y715, their second yacht in the 2016 Top 100 forecast.

Builders of the world’s largest yacht, the 180-metre Azzam, Lürssen Yachts are delivering an eye-catching addition to the Top 100 under a highly secretive 104-metre project, continuing the German shipyard’s prolific contribution to the largest yachts in the world.

Benetti, an Italian shipyard renowned for its timeless style, will also be introducing a new yacht into the Top 100 this year - the 90 metre FB262. While details remain scarce due to strict confidentiality, this is nonetheless an exciting phase in the heritage of the shipyard.

The most talked about market within the superyacht industry right now is unquestionably China, and the launch of the 88 metre Illusion from Yantai Peninsula-based Pride Mega Yachts represents the first Chinese shipyard ever to feature in the Top 100.

A year for notable firsts, AMELS - a Dutch shipyard known for their prolific production of the LIMITED EDITIONS range as well as the new SeaXplorer yacht - will also be introducing their first ever yacht into the Top 100 in the form of the 83-metre AMELS 272.

This is one of the most diverse and fascinating Top 100 forecasts we’ve had the pleasure of producing. The industry for supersized yachts is moving ever-deeper into the reaches of the imagination, and with each new launch comes a step into new frontiers.

Watch the annual Superyachts.com Top 100 Movie for a direct insight into the largest yachts arriving over 2016 from the builders and designers themselves.