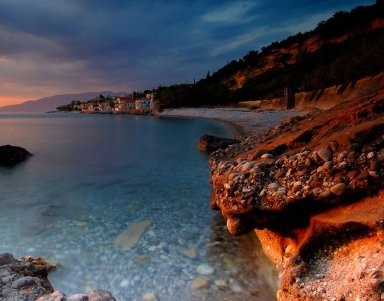 St Tropez will never fall out of fashion. Nor will Cannes ever lose its passion. But according to Y.CO chartered luxury yacht, this summer’s Mediterranean charter season has seen a shift to offbeat, experiential yachting destinations.

Schoinoussa is a tiny island in the Cyclades. A lack of airport means that its coastline is pretty much boat-only. Better still, its current population census reads just 206. There’s a manifest sense of discovery when a Y.CO chartered luxury yacht drops anchor off Schinoussa, which can’t be said for many Greek islands in 2012. It’s far removed from the glitz of Santorini and Mykonos, and that’s putting it mildly.

But those in the know return year after year to Schinoussa and its peaceful neighbours – Iraklia, Donoussa and the twin Koufonissia islets. Seafarers can spend days or even weeks exploring this lonely archipelago. Privacy, peace and simplicity are the lures that attract many of Greece’s social elite to moor up each summer too. They’ve been known to host private bouzouki concerts by leading Greek musicians – and invite the entire island to the party.

Kato Koufonissia, the smallest of this group of islands, makes Schinoussa look like a giant. With an area of just two square miles, it is nevertheless home to a fishing flotilla that delivers fresh bream, lobster, squid, red mullet, grouper and whitebait to quayside restaurants. Here, your catch of the day is so fresh that it may still be twitching as it heads for the kitchen. Now that’s what we call experiential travel.

For more information, guides and itineraries, click here for the full insight into Greece through the new Y.CO sponsored Destination Guides.