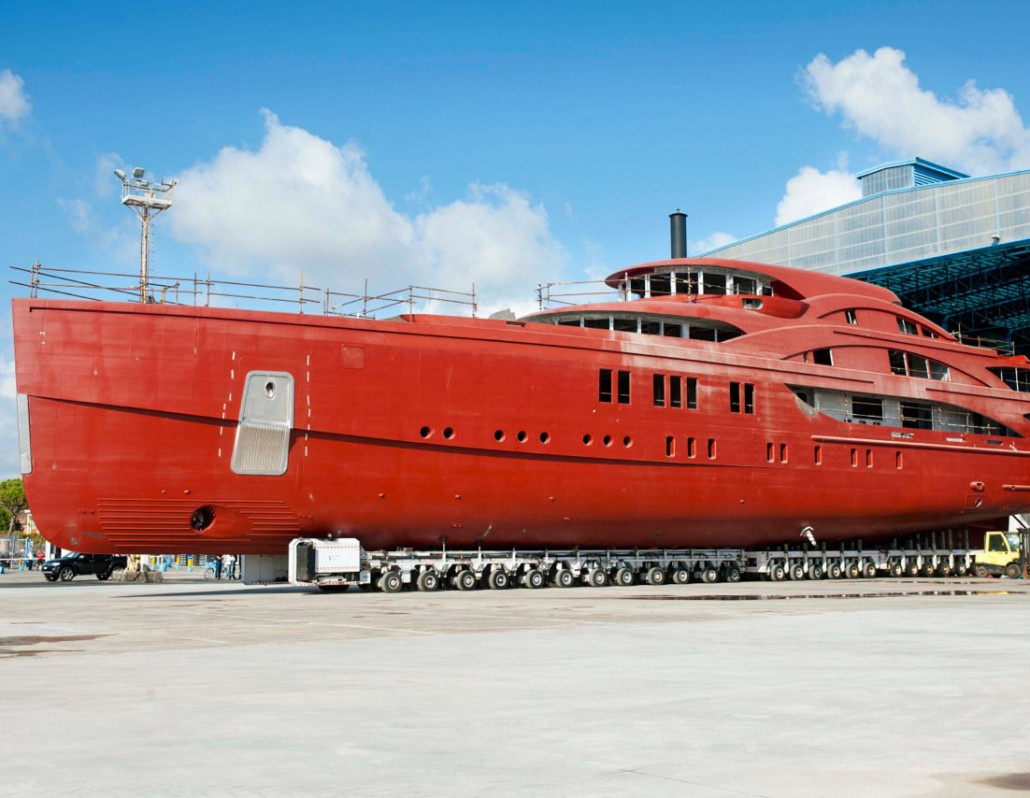 The 60m Benetti FB265, the 32.98m Tradition Supreme 108 and the Benetti Delfino 93 BD005 Zaphira have all emerged from the renowned Italian shipyard, marking another milestone for Benetti.

Benetti FB265
This 63m superyacht, presently under construction at Livorno yard, made her first appearance last October when moved to the outfitting area of the yard. She won’t be seen again until her official launch in 2014. The giant new steel hull with aluminium superstructure was created by the in-house design team, and is the second largest Benetti currently in production (the largest is the FB262, a 90m superyacht, scheduled to be completed by the summer of 2015).

Tradition Supreme 108
The new Tradition Supreme 108, recently transferred to the outfitting area of the yard, follows the path of the successful Tradition 105. Designed by Stefano Righini, the 32.98m Tradition Supreme 108 has a composite structure, and for the first time in the history of the Benetti Class range, the sun deck, roll-bar and hard top are constructed using fibreglass-carbon composites, creating a considerably lighter, and stronger deck structure.

Delfino 93 ‘Zaphira’
Zaphira, the fifth Benetti Delfino 93’, was launched in October and is an irrefutable signal of the Delfino line’s success, an excellent synthesis of Benetti’s style and experience. As the third Delfino 93’ launched in 2012, after ‘Azul’ in April and ‘Ocean Drive’ in June, ‘Zaphira’ is easily distinguished by her magnificent blue hull and the ship’s nameplate, created by the owner himself. Designed by Carlo Galeazzi, the interior can host up to twelve guests in spacious comfort in four guest cabins in additions to the Owner’s suite.