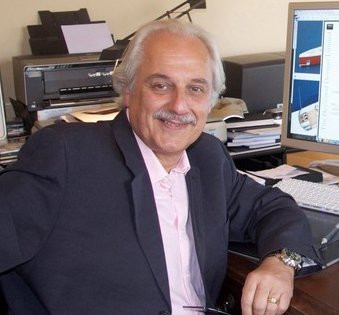 Tim Heywood and the world of mega yacht design

Celebrated yacht designer Tim Heywood has a magnificent portfolio of mega yachts to his name: Carinthia VII, Al Mirqab, Pelorus and Dilbar to name but a few, all of which are among the largest and finest yachts in the world.

With more high profile projects nearing completion, Tim Heywood is set to gain yet another accolade – as the most prolific yacht designer among the Top 100 world's largest yachts. By the end of 2010, the Top 100 will feature an impressive 10 yachts sporting Tim Heywood designs.

“I was interested in all fields of Industrial Design,” says Tim. “Anything that requires manufacturing techniques and skills applied to a concept to allow it to become a reality.”

Working with Jon Bannenberg cemented Tim’s love of yacht design and allowed him to blend his interest in design with his passion for boats.  “Jon taught me a great deal; he was a marvellously talented designer, a spellbinding raconteur and a very persuasive salesman, I hope some of his talents rubbed of on me!”

Of course, each great designer has to start somewhere. Tim remembers the first boat that he ever worked on: “It was a 21 metre series of yachts, for the London based ‘Heron’ corporation. I think six where built in Pisa, all different colours. Jon let me draw the electrical circuitry!”

Some twenty years later Tim decided to set up his own design studio with partner Vanessa: “We were very fortunate and soon began new contracts, including working for Jon.”

Pelorus, 'the yacht to beat'
In the following years, Tim Heywood’s designs produced some of the finest yachts to grace the water. His industry peers would seem to agree: 115m Pelorus was voted by the world’s leading yacht designers to be one of the most beautiful yachts – ever. Beaten only by his mentor, Jon Bannenberg, whose sleek motor yacht ‘The One’ took first place.

Tim himself is particularly fond of Pelorus, naming her as his favourite yacht to date: “Of the yachts that are out on the seas, I have to mention 'Pelorus' and to thank Vanessa for naming her,” he says. "‘Pelorus’, a name chosen by Vanessa as our project name, proved so popular with the yacht’s owner that he kept it."

Tim speaks with fondness of Pelorus: “A very generous and trusting client gave me ‘carte blanche’ to create her and arrived at the yard when she was nearly finished. It was a nerve-wracking time, but Pelorus established us in the industry and so many clients, since then, have refereed to her as ‘the yacht to beat’.”

The mega yacht design process
So, how does a world-leading designer go about creating the marvels that we see on the water?  “The first stage is to listen to the client, to realise what the client requires,” explains Tim. “I then need to establish a concept for initial discussions and after these discussions, mould the requirements into the design”.

“When I look at the first line on the paper of a new design, I am also thinking will this be painted metal, stainless steel, timber, composite, stone or any other material,” says Tim. “Will it be welded, bonded, carved, cast or fabricated? All these thoughts need to be considered as you sketch the object in question.”

The designer then collaborates with shipyards to adjust designs, incorporating technical suggestions and discussing features such as hull lines and frame sizes: “The end result is very much a team effort and it is my job to act as a positive member of this team, to watch every detail and to make things happen.”

The next big yachts to hit the water
Unsurprisingly, Tim is not permitted to talk about his projects that have yet to hit the water. What we can tell, however, is that by the end of 2010 the Top 100 largest yachts in the world will feature no less than 10 Tim Heywood-designed mega yachts.

One of these will be the magnificent 85.6m motor yacht Cakewalk – the largest yacht to come out of a US shipyard for more than 30 years. Lürssen’s new Radiant is a Tim Heywood design. Sistership of Lürssen yacht Dilbar, little has been revealed about the 110 metre mega yacht, which is due to be delivered early this year.

The man behind the designs
Such high-profile and groundbreaking projects have led Tim Heywood to become one of the most sought-after designers in the superyacht industry. He is often travelling the globe meeting shipyards and working with clients, but still finds time to relax outside of the world of yacht design: “I love classic cars, small boats, old planes, mechanical engineering and the peace of the country side - our studio has now moved to Rutland,” says Tim.

An eminent figure in the superyacht industry; what can we discover about Tim Heywood himself? “I hope I am an honourable man trying to successfully balance the demands on my time, a good partner to Vanessa, a good parent to my children and still ultimately driven by the work I love.”

"Jon taught me a great deal; he was a marvellously talented designer, a spellbinding raconteur and a very persuasive salesman, I hope some of his talents rubbed of on me!"

"Jon taught me a great deal; he was a marvellously talented designer, a spellbinding raconteur and a very persuasive salesman, I hope some of his talents rubbed of on me!"