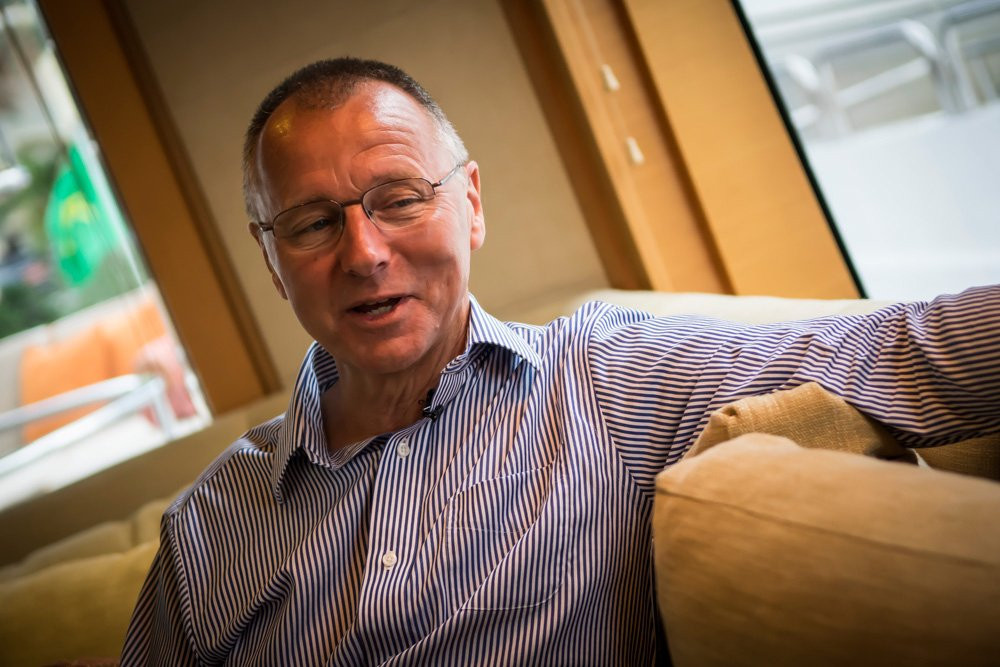 We sat down with Tom Sanders, General Manager of HMY Superyachts, at the recent Miami Yacht & Brokerage Show to ask him how important the American charter and brokerage market is to the success of his business.

“It’s very important to our business,” he said. “We sell both new boats as well as brokerage boats, 40 feet up to around 160 feet is really where we concentrate in, and brokerage is probably the most significant part of our company’s business.

The creation of HMY Superyachts around a year ago came following over three decades of success for its parent company, HMY. So what could Tom tell us about why they decided to branch out?

“HMY Yachts is a 35 year old company, started in Fort Lauderdale by three men, one of whom is now the sole owner, Steve Moynihan,” he said. “Steve started the business as a broker, but somewhere around the year 2000 - I was not yet in the company – Steve recognised the need to branch out and since 2006 we’ve been making a change over.

“We’re certainly still selling a lot of sport fisherman, both new and brokerage, but the need to get into motoryachts and larger motoryachts became clear for us. So HMY Superyachts came into being just about a year ago coinciding with a new Monaco office that we’ve opened and also the beginning of a charter division.”

You can watch the full video interview with Tom Sanders above this article.