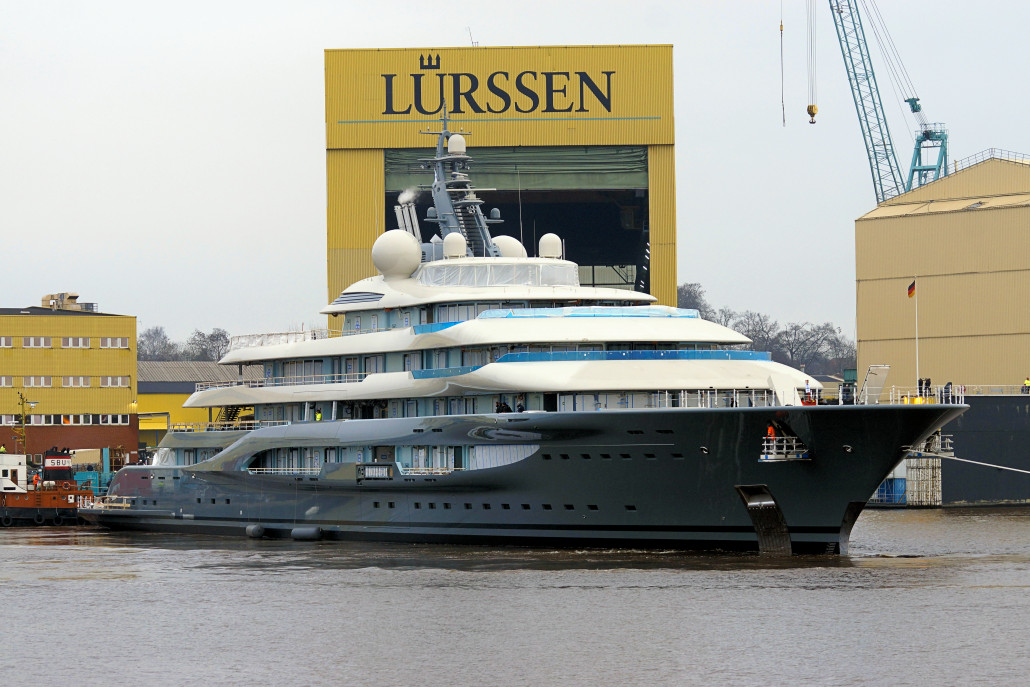 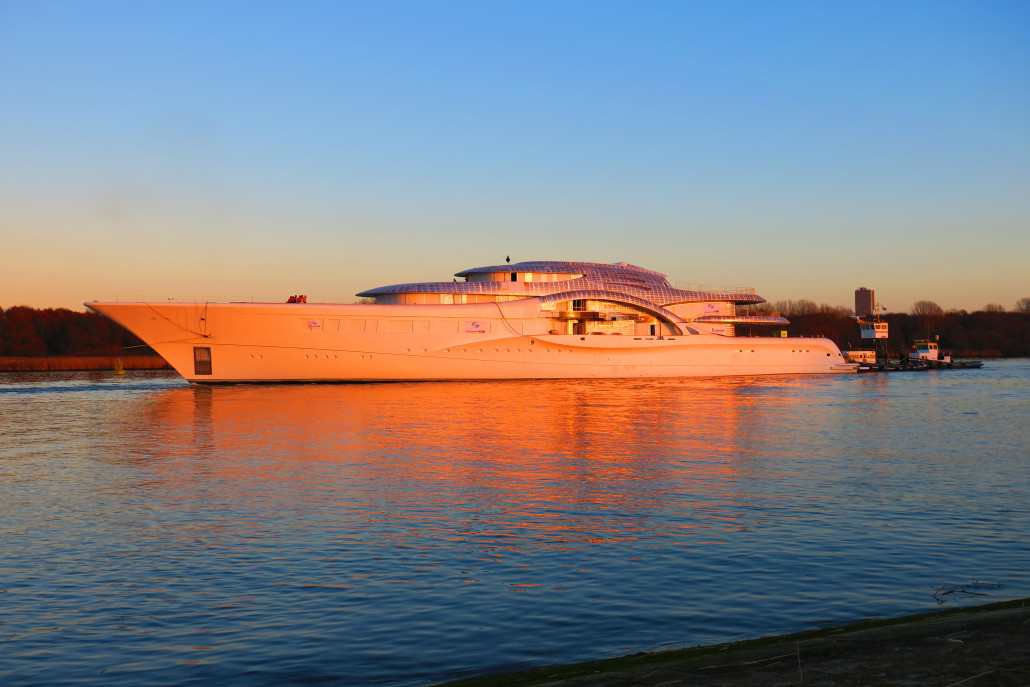 Last year, the Top 100 welcomed ground-breaking new launches Thunder, Jubilee, Aviva and Areti. Now, with a new year ahead and order books across the world filled with new revolutions, we look to the forecasted launches of 2018 set to enter the world’s largest yacht rankings this year.

While four yachts out of a predicted eight arrived into the Top 100 in 2017, a new set of eight is primed to launch this year and bring a new focus to Northern Europe.

Lürssen Yachts, Oceanco and Feadship are responsible for our list of predicted new arrivals for 2018, consisting of several large projects which will reset the minimum requirement for superyachts entering the Top 100 to a remarkable 85.10-metres by the end of the year.

SHU
The lead of the 2018 Top 100 launch forecast, SHU is a remarkable superyacht with undeniable style and imposing size to boot. Maintaining a sleek profile even with 130m+ in length (speculated by our team to be 146m), SHU was launched from the Lürssen yard in the closing weeks of 2017 and stands at such an advanced stage of completion that we can’t help but bank on her official launch later this year.

TIS
Set for arrival in 2018, the technical launch of TIS last year brought us the first insight into the 111-metre behemoth currently underway at Lürssen Yachts. With an elegant and poised exterior styling by the Winch Design team (teased in early construction photos) TIS is a project still shrouded in secrecy, and we can’t wait to see the full reveal when she emerges from the shed.

#1007
Feadship’s largest yacht listed for launch this year, the 110-metre superyacht project #1007 is reportedly the result of Michael Leach styling, combined with high-grade Dutch engineering and naval architecture. The first shots were released in 2017, offering up a glimpse at the flowing lines, unique profile and remarkable superstructure which are predicted to be revealed in full later this year.

Bravo
The launch of Bravo continues a long-standing tradition of groundbreaking projects at Oceanco, having only just introduced the highly acclaimed superyachts Black Pearl and Jubilee to the water. This year, Bravo (aka Y718) will take the spotlight as the yard’s largest launch, sporting an exciting and, as of yet, unrevealed Nuvolari Lenard exterior design.

#814
A top-secret superyacht project currently approaching launch later this year, little is known about Feadship’s #814 except for its plumb bow, and reportedly, contemporary style by Michael Leach design. Spotted on the move earlier this year, #814 will undoubtedly continue the notion of true custom underway at the Feadship yard with a remarkable style and immediate front-cover appeal.

Y717
Another superyacht with a mysterious background and impressive stature at 90-metres, Y717 is Oceanco’s second of three predicted launches this year and offers a unique approach to the Oceanco style thanks to the lines of Luiz De Basto.

Yasmin
The second 90-metre in construction at Oceanco, Yasmin was reportedly due for launch in 2017 across most reliable sources; however, we’re forecasting the unconfirmed surprise arrival of this top-secret superyacht for 2018 given thanks to the extremely busy order book of her world-class builders.

#700
Being the smallest on the list of the world’s largest yacht forecast means very little when the average size is growing year on year, and at 87-metres the Feadship #700 is reflection of both global growth, and unique style. Drawn by Sinot Yacht Design, the more rugged profile of Feadship’s 700 looks to be built for space and comfort for long voyages with a subtle signature profile distinguishing her from a sea of superyachts.

This is an early prediction of the world’s largest yachts to launch into the Top 100 across 2018; however, things can change, and if we happen to be missing anything or should you have any new information, images or updates, feel free to get in touch with us here.