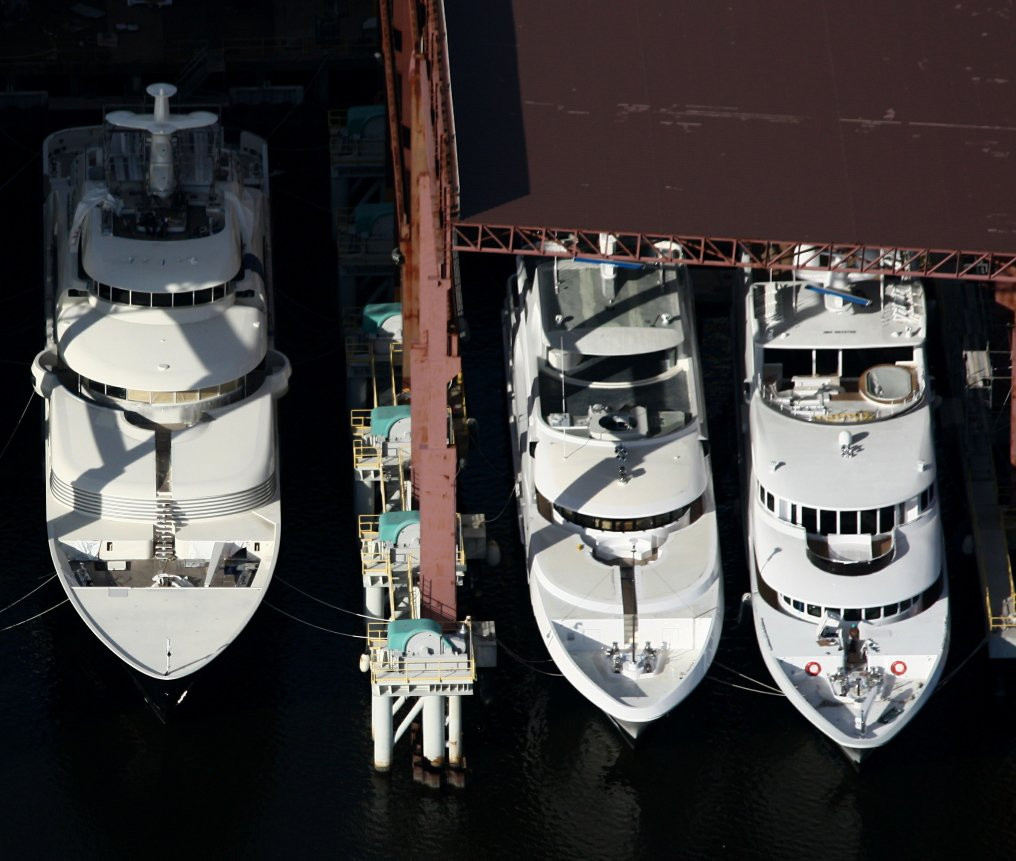 In a global economic climate which might merely be described as 'awkwardly viable', Trinity Yachts has reported the continued pace in custom superyachts launched and delivered in 2011 as well as great expectations for launches and deliveries in 2012.

Trinity Offshore—a leader in the design and construction of commercial tugs, offshore vessels and patrol craft in aluminium, steel and composite—experienced remarkable success in 2011 while 2012 prospects are promising.

“In the first half 2012, Trinity will deliver a total of eight vessels,” says John Dane, Trinity’s President.

“By having a mix of what one of our supplier friends calls, Guns ‘N Roses’—military and recreational vessels—we are able to sustain our workforce in an uncertain world economy. Reflecting just how global the yachting and maritime businesses are, only one of these eight vessels is for an American superyacht owner while the total fleet—including two tugs delivered in 2011 and a pair of 302’ LNG powered supply vessels for delivery in 2013— keeps our American employees hard at work,” he adds.