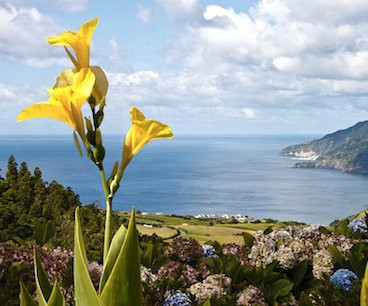 This week the sailing world remembers Joshua Slocum. For many, the daredevil American ranks alongside Drake and Magellan as the greatest sailor the world has ever seen. Slocum was lost at sea in mid-November 103 years ago. But as the first man to single-handedly circumnavigate the globe - in a second-hand 11m sloop named Spray – he sailed his way into history.

Truth be told, Slocum was a bit of a nutter. Three prior decades of adventure ended in multiple shipwrecks, a healthy dose of piracy, and seven children born at sea or in distant ports. At the age of 51, he rounded the world in three years using little more than a cheap tin clock for dead reckoning. Slocum eschewed anything so modern as a marine chronometer – let alone GPS.

The book that Slocum published on his return, Sailing Alone Around the World, is a masterpiece of maritime drama. It can be read online here, or downloaded for free for iPad and Kindle here. His 46,000-mile passage is a ripsnorter of storms, collision, food poisoning, doldrums and Indian attack. It’s a damn sight more readable than Homer's Odyssey.

The Spray’s first port of call was the Azores. In Slocum’s words: “Only those who have seen the Azores from the deck of a vessel realize the beauty of the mid-ocean picture.” Like the many yachts currently making a transatlantic passage, it was Mount Pico – at 2,351m the highest mountain in Portugal – that he saw first.

Azores islanders have seafaring in the blood. Any sailor who makes it this far into the Atlantic is greeted with a smile and a glass of local passion fruit liqueur. The archipelago floats some 3km above the ocean floor. Visitors this November can expect to see Atlantic manta rays, sea turtles and up to 20 cetacean species.

Most superyachts will sail west to the Caribbean after the Azores. But Slocum continued east to Gibraltar, thence to Rio, Cape Horn, Sydney and Durban. The American’s fame granted him an audience with Theodore Roosevelt at the White House in 1907. Supposedly, Roosevelt broke the ice by saying: "Captain, our adventures have been a little different." Ever the joker, Slocum replied: "That is true, Mr President, but I see you got here first."