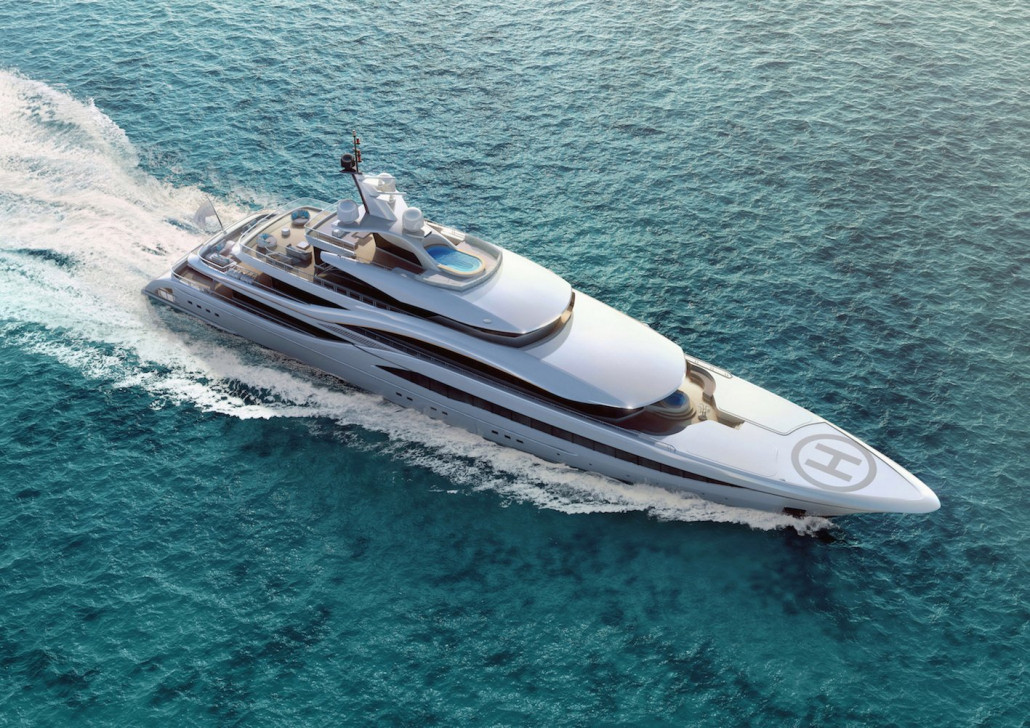 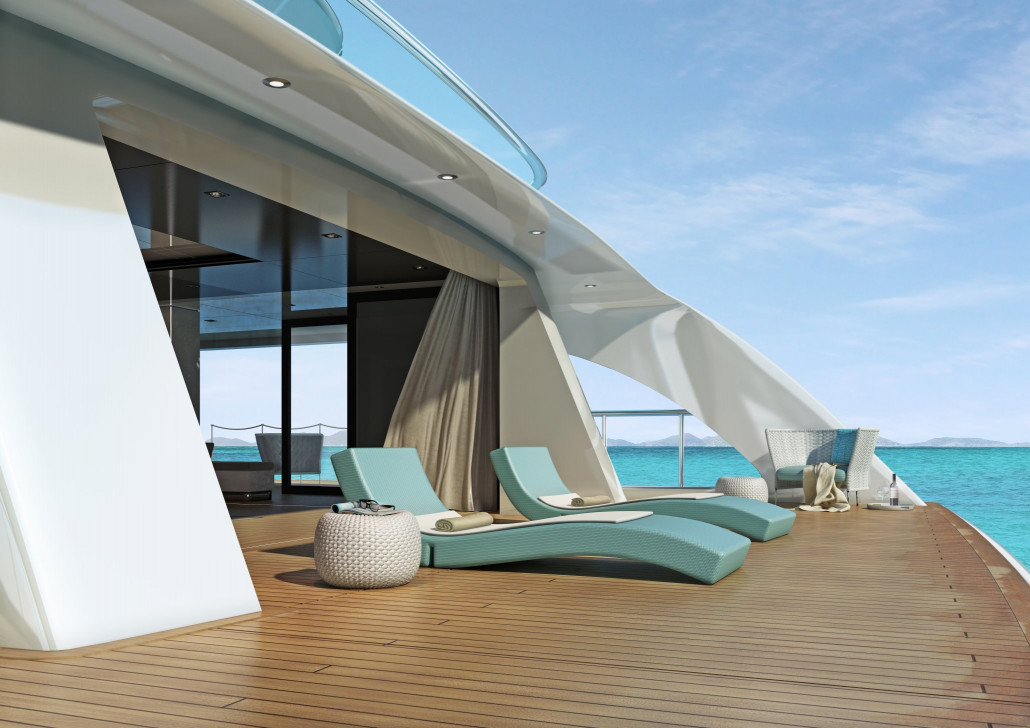 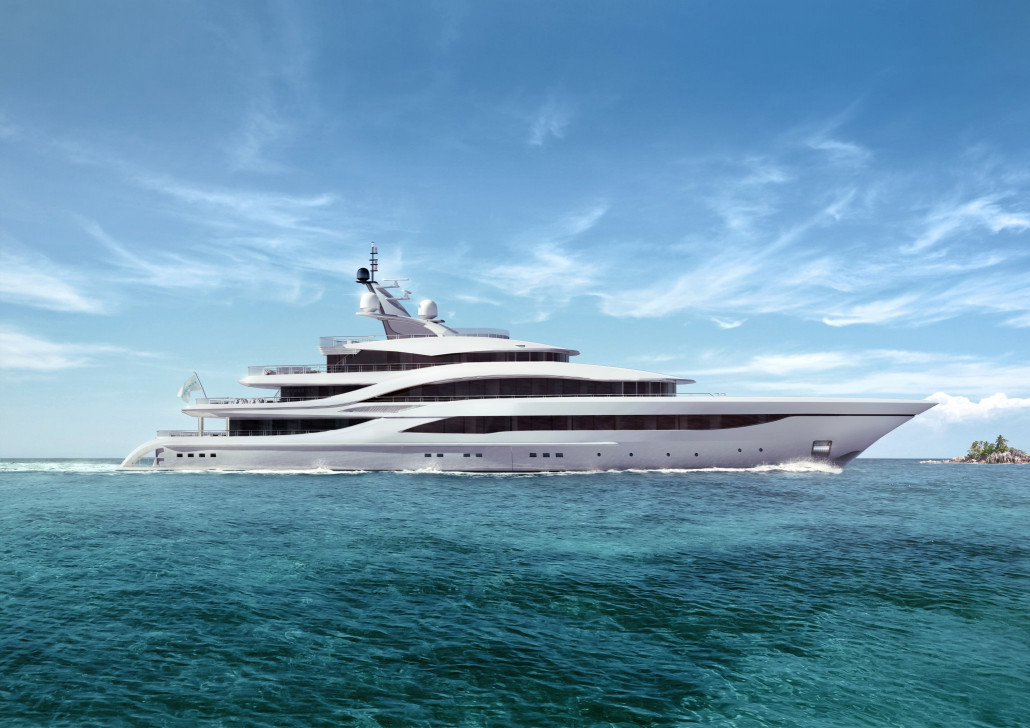 Turquoise and H2 on Designing a New 77m Superyacht

In 2012, Turquoise Yachts launched Vicky. A stunning addition to the Turkish yacht builder's fleet which was met with high acclaim, and today acts as the basis of something bigger. The NB63 builds on the beauty of Vicky, while offering a completely new level of design.

We speak to Mehmet Karabeyoğlu and Jonny Horsfield to find out how this new 77 metre is redefining the Turquoise Yachts approach to design and what life on board is all about.

Building on a Classic
“There’s a lot of history between us, I’ve done over 5 boats there.” explains Jonny Horsfield, Director of H2 Yacht Design. “When [Turquoise] wanted to relaunch the brand, they wanted some connection with the boats they’ve done before but with a fresh start.”

“Mr Barwani was particularly impressed with Vicky,” adds Horsfield, “so [Turquoise] decided early on that they wanted to use Vicky as a base for the design direction, which is much softer, with a more modern look to it.”

“With Mohammed’s input on the exterior styling, we simplified it a little bit,” says Mehmet Karabeyoğlu, CEO of Turquoise Yachts. “Developing Vicky to make it a little bit wider and longer [...] It’s not ultra modern and it’s not very classic. It’s a nice design which will age beautifully and will not go out of fashion quickly.”

This may be a project which builds on the basis and ideal of Vicky, but the NB63 evolved into a different superyacht entirely as the design language shifted to meet new client requirements and new technology.

Next Level Design
“It soon became clear that, when talking to potential clients, they really wanted that extra deck, and based on the beam on this hull, it meant we could actually add an extra deck. That really moved it a new direction and really transformed the design into something quite a lot bigger.” says Horsfield.

A new deck advanced the design to the next level, and subsequently presented the opportunity for a giant beach club and the latest technological advances.

“It’s open on both sides, on starboard side it opens down, port side it opens up and aft end the door folds down," adds Karabeyoğlu. "This is something quite out of the ordinary [...] This was a major achievement, especially on a 77 metre boat. The beach club is a vast area, and extremely pleasant.”

New Technology
The connection of Mr Barwani with The Netherlands means that new technology from the world’s finest suppliers were being introduced to the project, and has opened up a new dimension in design instead of focussing purely on in-house development.

“We always had good quality, but now we tend to use more Dutch products which are more expensive,” explains Karabeyoğlu. “Everything on the boat is the best of its kind, there’s no compromise anywhere. This is the approach since the involvement of Mohammed.”

“It symbolised the progress the yard is making psychologically,” adds Horsfield. “with Mr Barwani’s guys particularly, they felt more confident to start investigating more products using other suppliers that maybe they wouldn’t have done before.

Maybe it costs them a bit more, but it lifts the design up to a slightly new level so I think that’s quite important to keep a balance but at the same time move along with the times and introduce the gadgets clients are expecting to see.”

Superyachts.com will be taking a closer look into the interiors, layouts and construction updates of the NB63 across the coming months. Keep an eye out for more information, or click here to learn more about the project itself outside of our exclusive conversations with both builder and designer.

"It soon became clear that, when talking to potential clients, they really wanted that extra deck, and based on the beam on this hull, it meant we could actually add an extra deck. <br /> <br /> That really moved it a new direction and really transformed the design into something quite a lot bigger."

"It soon became clear that, when talking to potential clients, they really wanted that extra deck, and based on the beam on this hull, it meant we could actually add an extra deck. <br /> <br /> That really moved it a new direction and really transformed the design into something quite a lot bigger."