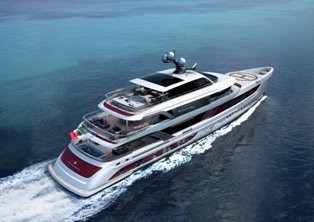 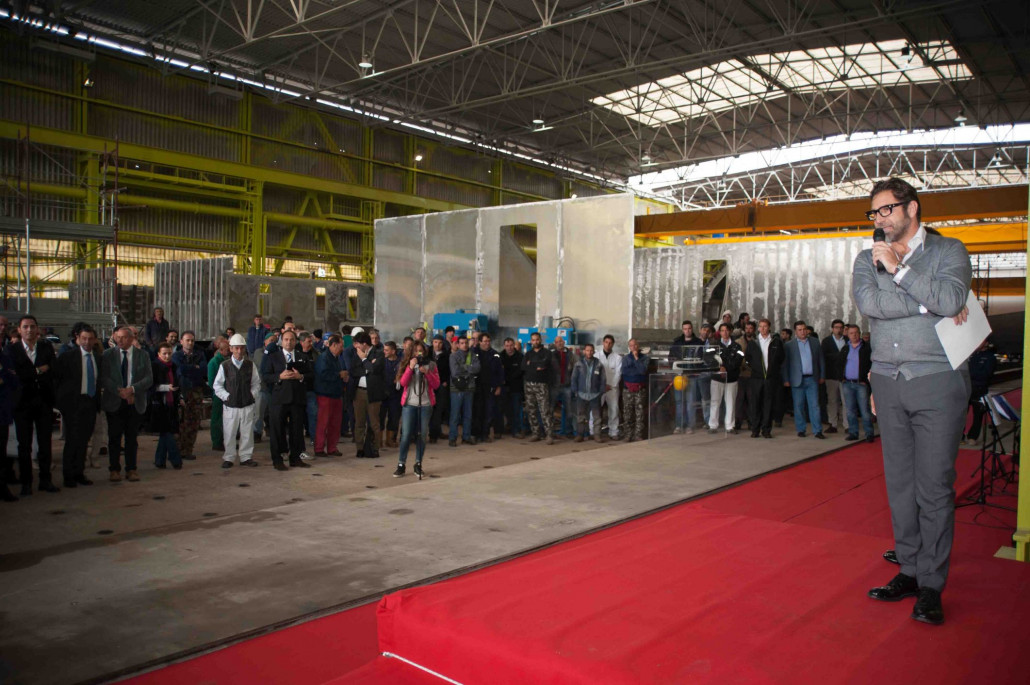 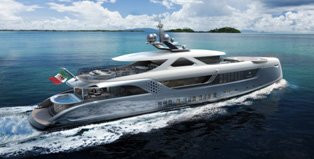 The yachts in build are part of the Admiral E Motion Series, which features full displacement yachts, all built in aluminum and designed by ‘Dobroserdov Design’, a design studio based in the Principality of Monaco, in strict cooperation with the Admiral in house Centro Stile.

The delivery time for both yachts, which are the largest ever built in the county of Massa Carrara, has been scheduled for summer 2016.

Both the superyachts will feature a hybrid propulsion system, which will also deliver a transatlantic range to them, as well as a ‘touch & go’ helipad located forward onto the main deck.

The Admiral E Motion 55 has a Gross Tonnage of 850 GRT and she will deliver a maximum speed of 17 knots.

The Admiral E Motion 52 features a gross tonnage of 499 GRT and thanks to the 4 MAN engines configurations and the hybrid system, is able to deliver a maximum speed of 25 knots.

For both yachts, the type of propulsion is really innovative and this can assure a really substantial decrease of fuel consumption (only 70 lt/h when under electrical mode at a speed of 12 knots).

As the ancient seafaring tradition wants, a golden pound, which has been given to each owner by the yard during the ceremony as a good omen sign, has been welded into the keel of both superyachts.

The whole ceremony, which has been attended by hundreds of people with great emotional involvement, have been liven up by a classic music background which was executed by a trio of musicians.

The event has been attended by the two owners, together with their families and friends, as well as several political and administrative authorities from the local territory.

The Group Chairman Giovanni Costantino welcomed the guests, followed by the greetings from the Mayor of Carrara Angelo Zubbani.

The ceremony came to an end with a greeting toast, at the presence of the Owners and the management, workers and subcontractors of the Group.