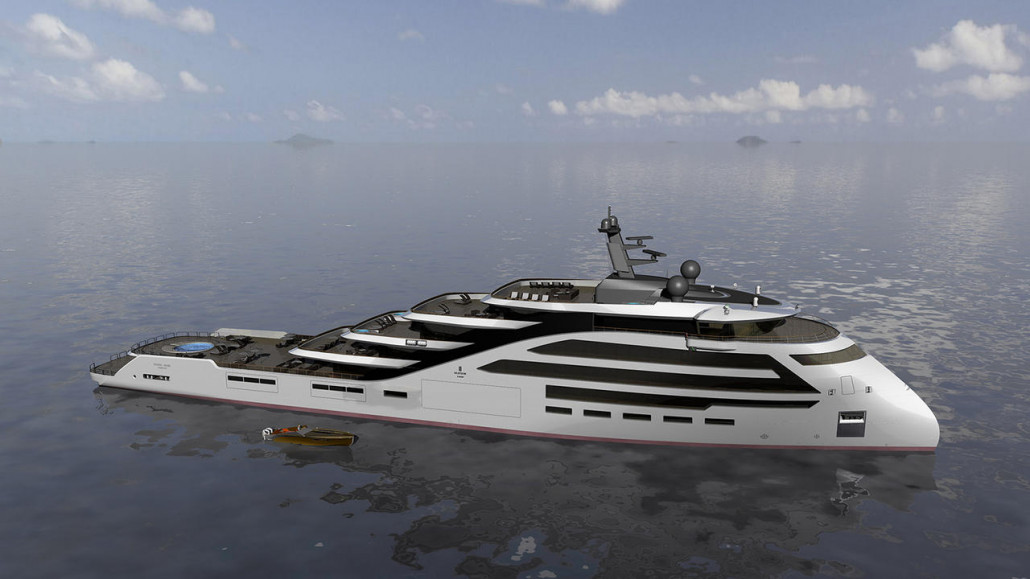 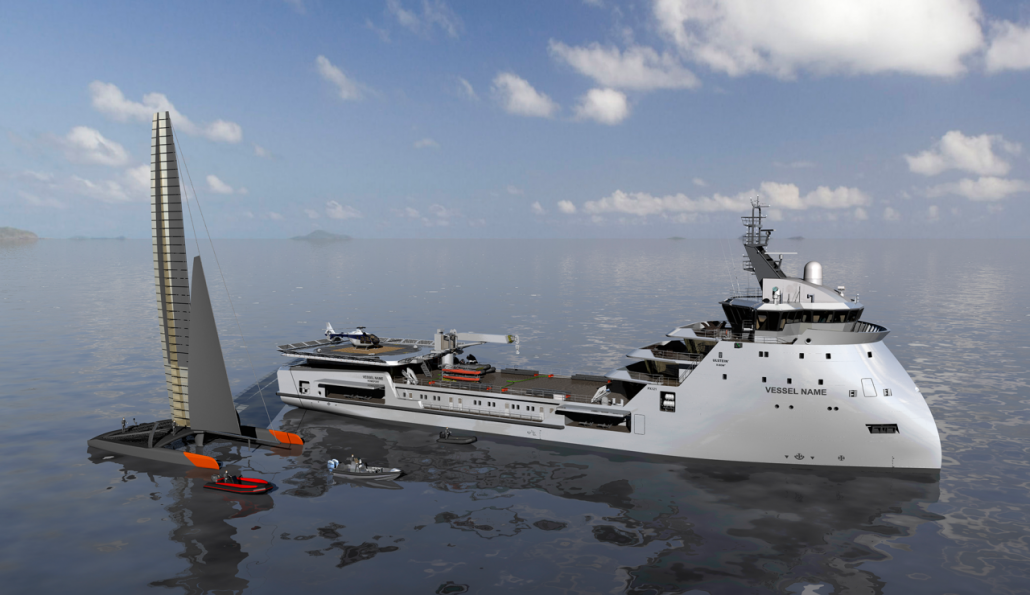 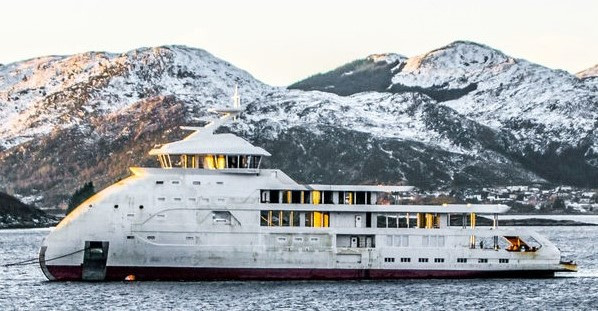 Signed by Ulstein Group in late 2016, the 88.5m explorer superyacht project is now visible outside Ulstein’s facility in Ulsteinvik, Norway, as works continue on the build.

At an advanced stage of construction, delivery could be as early as later this year or into the beginning of 2019. The completed hull and superstructure were constructed in Croatia by Brodosplit shipyard and moved to Ulstein for completion in late January 2018.

The project has been kept private, with few details having been released since her signing. Designer Espen Øino has created an unusual exterior design that has shown to be quite individual from this first look. As for what might be achieved on board, we eagerly await to discover which studio will be commissioned to realise the interior design.

Øino has retained her deep-sea explorer DNA in the superstructure, however, it is clear that elements of comfort have been subtly added. There is a large helipad on the bridge deck that will provide aerial transport for the vessel, as well as a 10-metre pool located on the main deck aft.

Based on the original X-Bow platform, the yacht measures 88.5 metres in length and 16.3 metres across her beam. Upon completion, she will have a gross tonnage of 3,800.