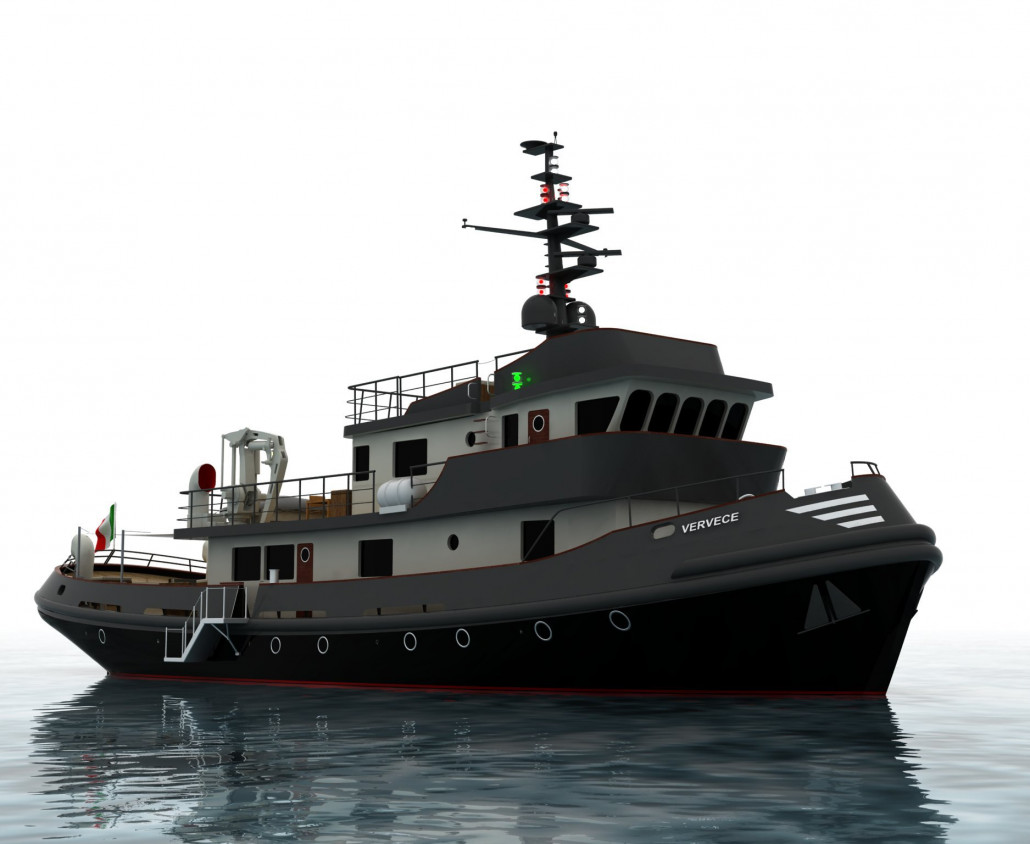 The former 30m steel tug boat Vervece was launched in its new guise as a luxury yacht earlier this month following an extensive three-year refit programme.

Launched by Palumbo Shipyard in Naples, Italy, the vessel has undergone a substantial restoration process, including having parts of her hull changed and a new superstructure built.

The yacht’s engine room was also rebuilt and new equipment installed including engines and an air-conditioning system, whilst the original single shaft propeller was replaced with twin props.

Powered by twin 746kW Cummins engines, Vervece is capable of a cruising speed of 12 knots and a range of 3,000 nautical miles at the same speed. She boasts a gross tonnage of 300 GRT.

Vervece was first launched in 1964 by the Benetti shipyard.