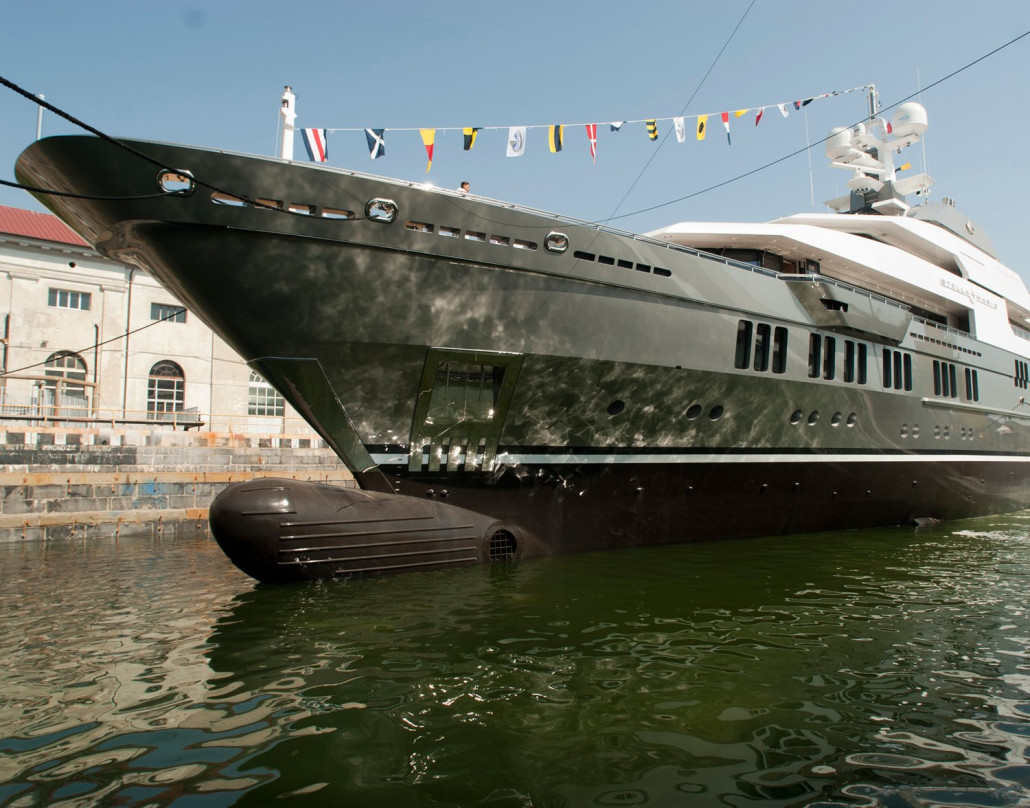 Built at the Viareggio SuperYachts (VSY) facility, Stella Maris is a jewel of technology, comfort, and Italian quality craftsmanship built in the respect of the marine environment on all fronts.

In the absence of suitable structures for launching the biggest yacht ever built in Viareggio in the last 30 years - the 72-metre Stella Maris - VSY have transferred her by barge to the military Arsenal in La Spezia. Here she was floated into their large dry dock, which was then drained leaving her resting dry on the barge positioned on the tank bottom.

At the end of the launching ceremony the dry dock was then flooded again, thus enabling the vessel to take to the open sea on her own and return to Viareggio the same day.

VSY is now busy carrying out sea trials and completing the outfitting before her debut at the Monaco Yacht Show in September.