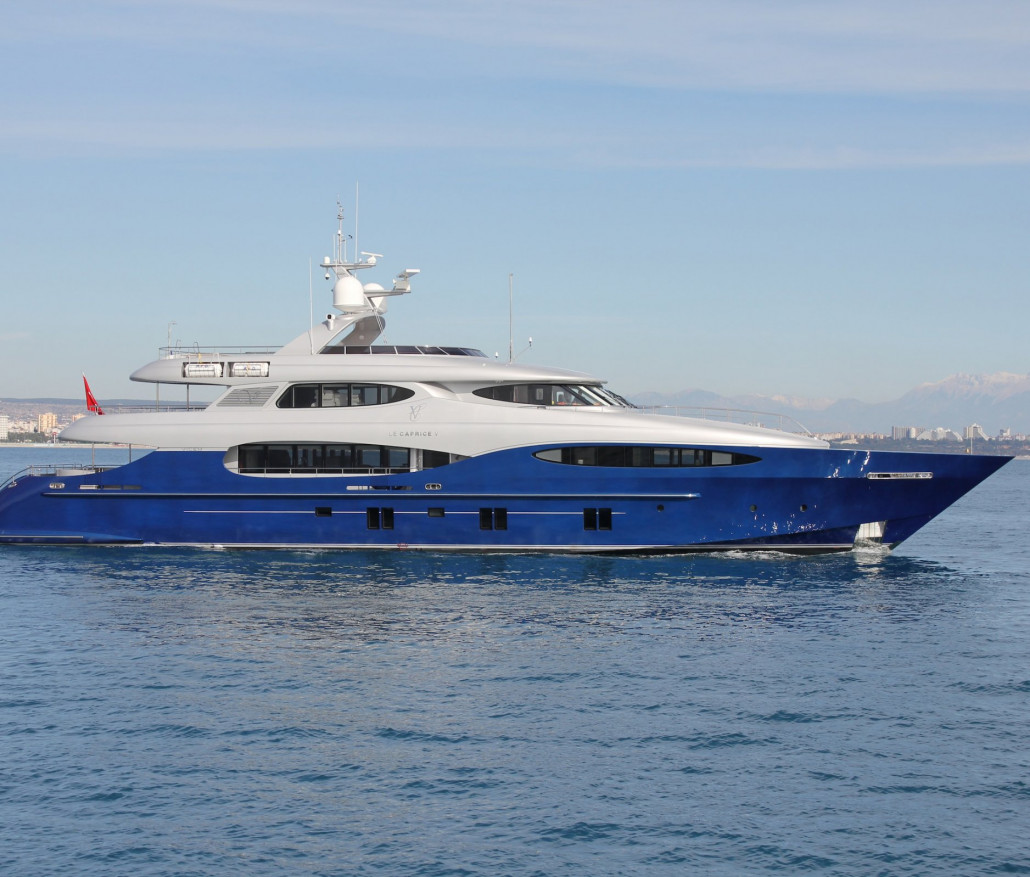 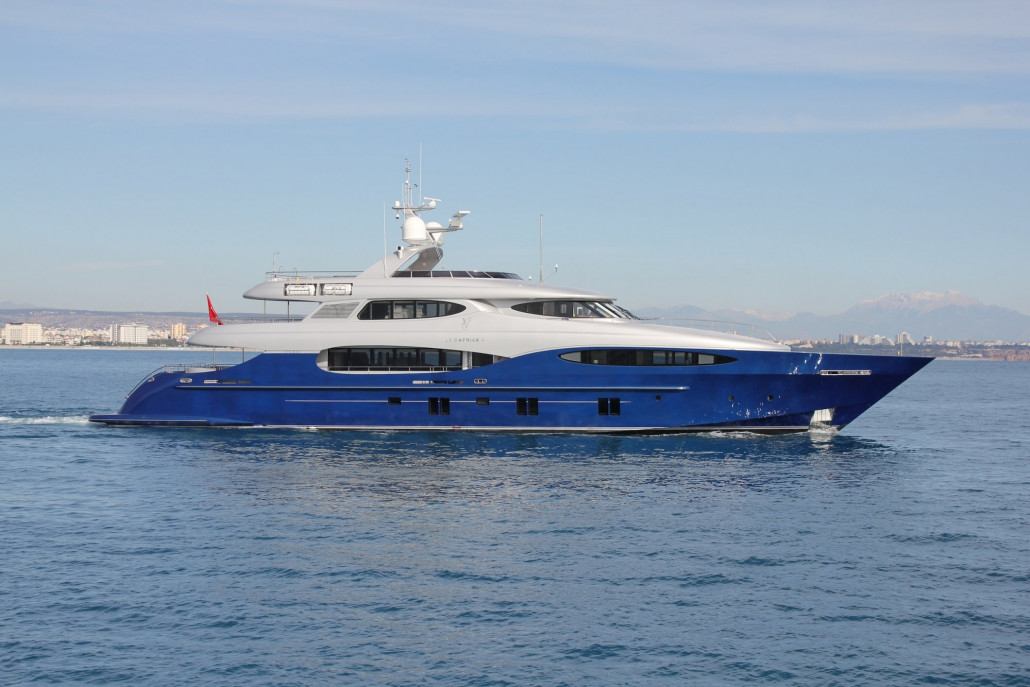 The Vicem Vulcan 46 metres M/Y Vulcan is now on the water. This is the most challenging project for the Turkish arriving to superyacht production for the first time since 2010.

Vicem has stated that it is broadening its horizons beyond mahogany construction into high-tech composite construction with three new sleek, fast yachts, including a 46m (151’) , 35m (118’) and 32m (105’) for its Vulcan Line. V46 metres Vulcan (ex Caprice V) was launched in July 2012 and V32 metres Bronko I was launched in November 2012. The V35 metres will be launched in the next few months of 2013.

In order to continue producing speeds in the 20 plus knots range, Vicem decided on Cored Fiberglas construction for this series. In order to do so, the first step was joining forces with renowned Dutch naval architect and designer Frank Mulder who has designed a number of well known fast superyachts. To utilize the state of the art in fibreglass yacht construction, Mulder specified Core-Cell and Epoxy resin for the entire structure.

“We want a reputation as a builder of light, beautiful and fast hulls” says Sebahattin Hafizoglu, Vicem Yachts Founder & Chairman of the Board of Directors. “Vicem is entering the super-yacht segment with serious ambitions and with no compromise/highest quality building materials and technologies that compare favourably to Northern Europe Shipyards ... "On a boat this size, with such high expectations of performance, the choice of the ‘right’ naval architect was an important one. Nobody has as rich an expertise as Frank Mulder does,” says Hafizoglu. "Vicem are so pleased with Mulder’s work that we are also building a 32-metre and a 35-metre to his designs.”

With this 46 meter yacht, Vicem decided to enter into the composite superyacht segment without making compromises. With the assistance of outstanding design firms such as Frank Mulder for exterior and naval architecture, and Art Line for the interiors, Vicem set out to build a 46 meter semi-displacement yacht which is lighter and faster than the industry standard, achieving 25 knots as top speed, while maintaining high-efficiency cruising and long range capability of 4,000nm at a speed of 12 knots, thus creating an extremely versatile ship.

Art-Line Studio designed the interior of the new Vulcan 46m, bringing a new definition to the word luxury. Her three decks plus sun-deck design provide outstanding elegance for the discerning owner, alongside six spacious cabins for their guests. Her signature open atrium design provides 45 feet of unbroken natural lighting, from the very top of the Sun-deck all the way down to the Lower Deck.

The main deck’s Master Suite uses every inch of the yachts’ 30 foot beam, and includes a CEO’s office and private gym to include every element of life while on the water. A graceful wraparound entry way leads to an inviting Jacuzzi and an arcing full width head.

“The Vicem 46 Vulcan is a fantastic design and is as fast as she is beautiful,” adds Gary Smith, Vicem of Americas. “The yacht design is a build with absolutely no compromises and only the best materials are used. The first completed vessels are simply a work of art! We are excited to represent Vicem's entry into the mega-yacht world. The Vulcan line is quickly becoming recognized as an industry leader and we are proud to be part of the team.”