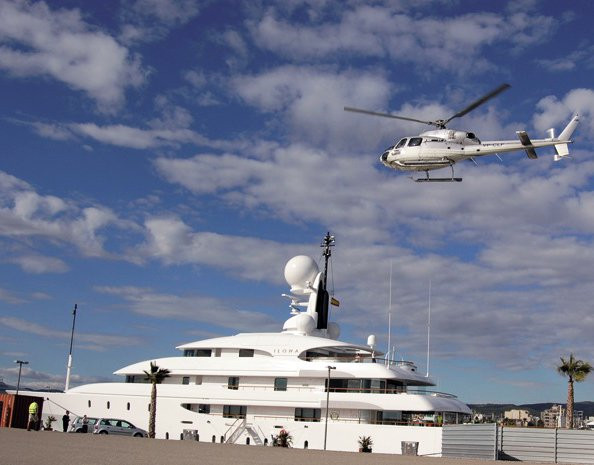 Located in Barcelona, Vilanova Grand Marina has planned and is currently overseeing the construction of a new helipad station and crew facility which will feature an indoor gym as well as a leisure room and BBQ area.

Barcelona is introducing new services and facilities to continue to cater for the needs of superyachts. This highly specialised marina announced at the Monaco Yacht Show that its helipad facilities are now fully operational capacity, hence allowing superyacht owners to reach the marina swiftly, comfortably and in total privacy. Helicopters can also, if needed, take off or land on the flight deck.

In addition to this, the marina has upped the number of storerooms which are available to its customers via the completion of a building which boasts sixteen 17 square metre storerooms that can also double up as private covered car parks.

In the near future the marina will undertake the major development of the construction of a 2,000 square metre area which will be exclusively used by captains and crew. This brand new land based facility will consist of a building which features a gym, changing rooms and an indoor leisure area as well as a surrounding green area featuring BBQ facilities.

The activity unfolding at Vilanova Grand Marina continues to rise in line with expectations. 2010 was a good, satisfactory year full of wintering activity that ended up doubling that of the previous year in terms of turnover. Ignacio Erroz said: “Our marina has certainly found its place within the Superyacht industry as shown by our level of occupancy. We expect our activity to continue growing in 2011 in view of the number of confirmations we have had so far”.