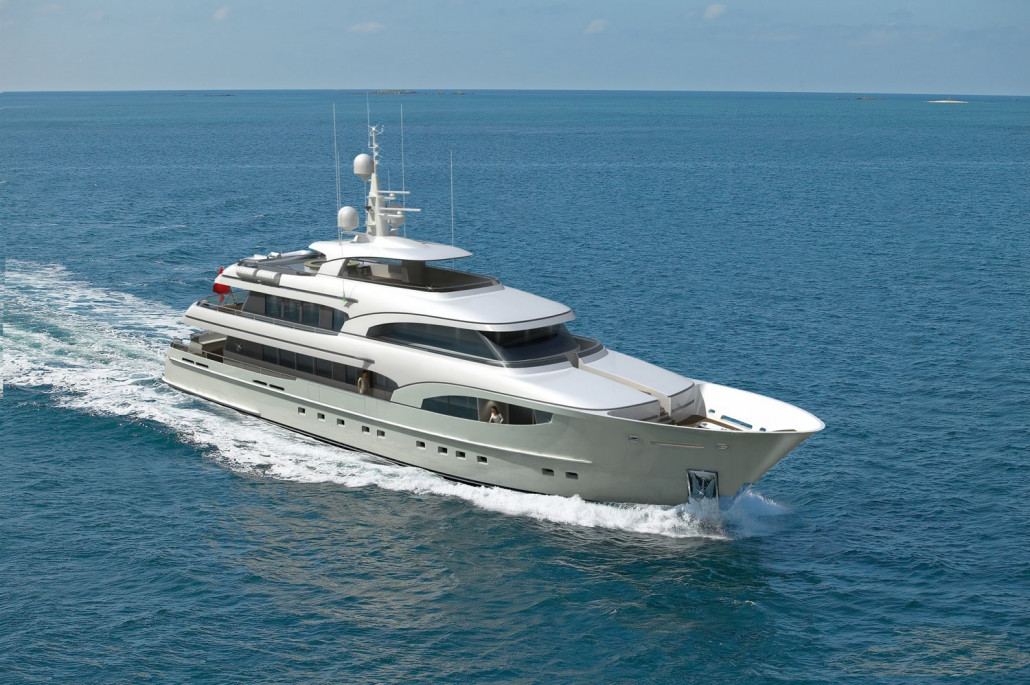 Dutch design studio Vripack has released a brand new 42 metre motor yacht design to be launched in 2011 and built in partnership with one of Asia’s leading luxury yacht builders Kingship Marine.

A key feature of the yacht’s design is the close connection between interior and exterior areas which is visible in such features as the outside balcony connected to the master stateroom and a full-beam skylounge designed to maximize indoor living space.

Director of Design at Vripack Bart Bouwhuis said the aim of the project was to design a vessel that ensures every line has a function and proper flow.

“This resulted in erasing quite a few shapes in the design which ultimately makes the look and feel tick like a clock,” he said.

Guest privacy is paramount in the yacht’s design, with the lower deck interior creating a distinct separation between the generous guest suites and the crew quarters.

The 138 Kingship has been designed as a low-maintenance yacht, a reality which has been achieved by the use of correct detailing and clever placement of the right materials in the right places.

The luxury yacht boasts trans-oceanic range with her steel, full-displacement hull and aluminium superstructure that Kingship plans to build to both MCA and Lloyds requirements.

With her two C32 ACERT engines she will be capable of reaching a top speed of 13 knots, and a cruising speed of 11.

Netherlands-based Vripack was founded in 1961 and specializes in offering the services of full-service design, naval architecture, engineering and brokerage organization.

"This resulted in erasing quite a few shapes in the design which ultimately makes the look and feel tick like a clock."

"This resulted in erasing quite a few shapes in the design which ultimately makes the look and feel tick like a clock."