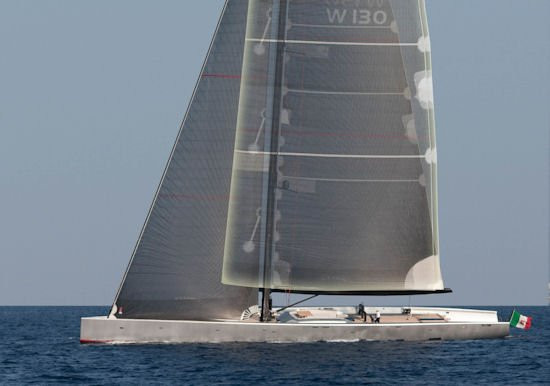 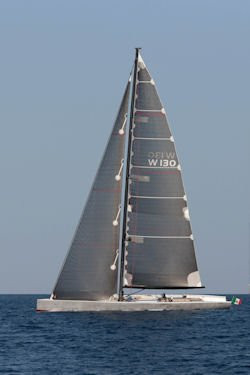 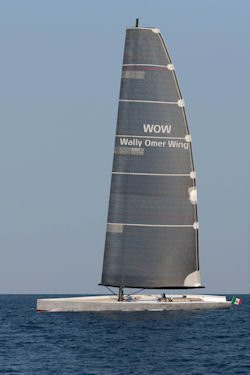 Wally has always maintained beautifully simple designs that push the boundaries of contemporary yachting and have now released the new rigid mast wing sail which offers a simpler, safer and enhanced sailing experience for superyachts, the Wally Omer Wing, (WOW).

Monaco based Wally began efforts to create enhanced sailing technology ten years ago with the wing sail, Luca Bassani, President and Founder of Wally stated “Already back then we were convinced that this would be the path to explore ... The wing sail already showed its incredible advantages in the racing multihulls, and we wanted to simplify and develop the system for cruising yachts”

After the Wally R&D department started tests into folding and reefing wing sail to a 30-foot boat Wally eventually joined forces with ex-fighter pilot and sailing enthusiast Ilan Gonen who had founded a similar project to formulate an enhanced sail, Omer Wing Sail.

Ilan Gonen said “I discovered that there are many similarities between flying and sailing, between airplanes and boats. The most remarkable one is the use of lift force. So I asked myself why do we try to make the sails look like wings and don’t use wings instead?”

Together, Wally and Gonen have developed the Wally Omer Wing Sail (WOW) which will be tailored by Wally, Ilan Gonen and naval architects to larger yachts in order to reach high performance, ease of handling by one person, lowering and reefing characteristics, simplifying the boats structure and creating a simple, safe and reliable sailing experience.

Impressively, the WOW Sail increases the performance by 10-30% no matter what the condition, dependant on the yachts displacement as the lighter the boat the more efficient the WOW Sail is.

“To give an example, in terms of speed, a yacht like the Wally 130 in 12 knots of wind, would be half a mile ahead to windward after only 30 minutes of beating! And with the Code 0, the increase of the downwind performance would even double!” Luca Bassani said. “The best comment on these numbers is… WOW!!”

The free standing mast is one part of the state of the art equipment alongside rotating carbon fibre mast with carbon fibre frames which hold the fully battened 3DL sail cloth which is manoeuvred by a hydraulic ram with button control.

The WOW Sail is highly durable and will keep its shape for much longer as it never slams, due to Wally and Gonen’s ingenious creation, the WOW Sail is patented widely. “We have always believed in this new technology –say Luca Bassani and Ilan Gonen – Now that the 33rd America’s Cup proved its incredible advantages, we think the market is finally ready for it, and we want to further develop it”.