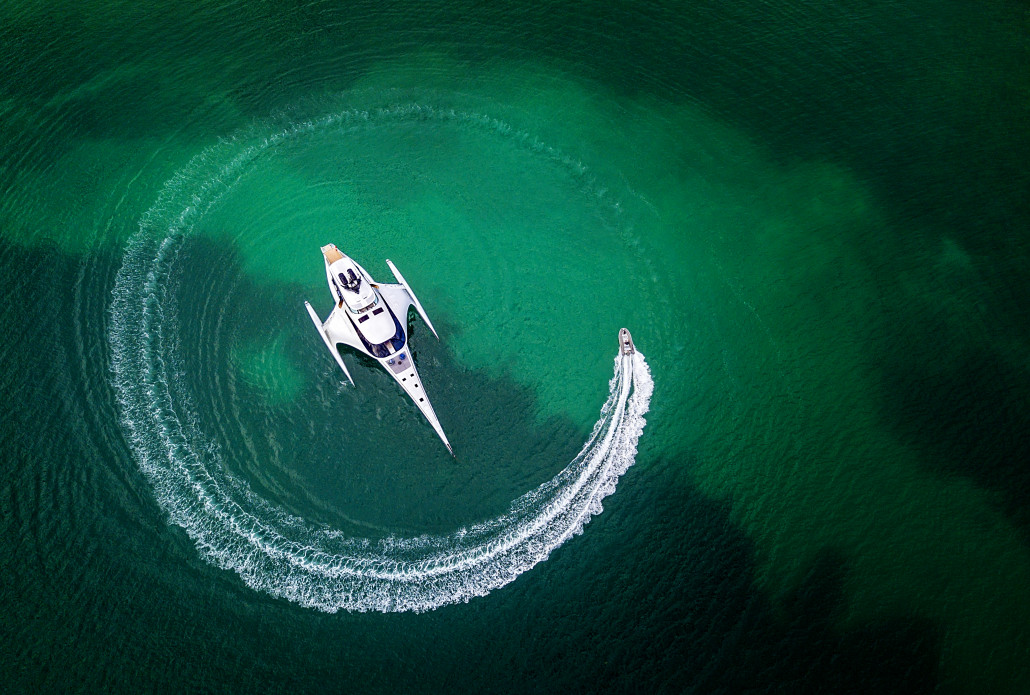 Weird and Wonderful: The Most Outrageous Yacht Features

From iPad control boats to jewel-encrusted hulls, the world of yachting can be a crazy place. We take a look at some of the most awe-inspiring yacht features out there...

1. Adastra
Adastra, as we have established, is a noteworthy for her bizarre appearance alone. However, she also features state of the art technology that designates her as a weird and wonderful specimen of modern yachting - she is able to be controlled through the touch of an iPad. Although the range of this is only 50m, Adastra still forecasts impressive things for the future of yacht security (which is the prime function for this remote control).

2. Eclipse
This 162.5m is shrouded in intrigue for her sheer size. However, Eclipse also made headlines for her military grade defense - owner Roman Abramovich equipped his multi-billion dollar yacht with a missile system, armour plating and submarine. The (slightly less severe) threat of paparazzi is also seen off with a ‘laser shield’, which uses infrared light to detect cameras and target them with light beams that disrupt the photos.

3. REV Ocean
This 182.6m, once completed, will be a giant of the seas. However, this is only part of REV Ocean’s intrigue. Due to launch in 2020, she will not only represent the pinnacle of Scandi chic interiors, but will also entail a lecture theatre, submarines and laboratories. She will be a multi-functional boat - a functioning research vessel that does not compromise on luxury, designed by the one and only Espen Oeino.

4. Limo Tender
Ok, so it’s not a yacht, but it is an incredibly nifty feature that is finding its way onto many boats. Generally measuring from 7m to 16m, this is, in essence, a limousine that turns into a tender (or vice versa). The amphibious vessel bridges the gap between boat and automobile in utmost style, not to mention the impressive feat of engineering required in its design.

5. History Supreme
Although it never came to fruition, the infamous History Supreme concept really captured the imaginations of the yachting community. Reportedly coated in 100,000kg of gold, platinum and jewels, with a genuine Tyrannosaurus Rex bone in the bedroom and a wall aquarium made from 68kg of 24 carat gold, it was later revealed to be an elaborate hoax. With a reported price of £3 billion, History Supreme really would have taken the crown for eccentric yachts.