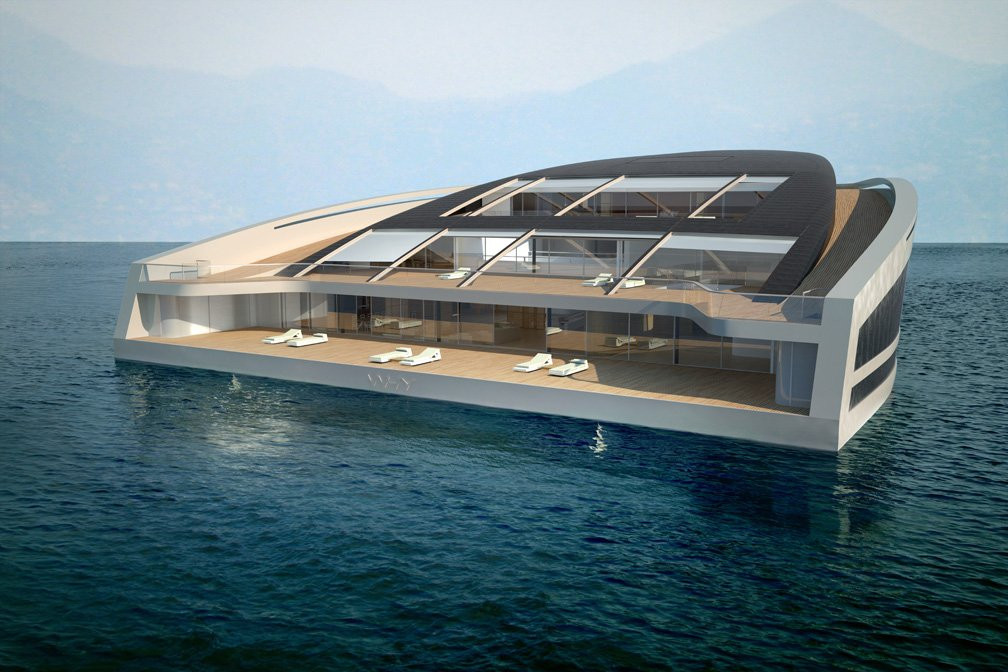 WHY Wally-Hermes Yacht concept is island living at sea

A new yacht concept fit for lovers of space and sustainability at sea, WHY combines Hermes style with Wally design for a truly unique luxury superyacht.

Touted as a “moving island” the motor yacht has been developed with the latest in sustainable technologies and the architecture of the project has been created to fit perfectly with the environment without excesses.

Measuring 58 metres in length and possessing a massive beam of 38 metres, the luxury yacht will accommodate 12 guests and 20 crew across 3,400 square-metres of guest surface area.

WHY came about after the signing of a joint-venture in June 2008, joining Wally President Luca Bassani Antivari and Hermes Artistic Director Pierre-Alexis Dumas in a goal to redefine the art of living on sea.

Spread across three levels are three distinctly different spaces with each designated to a separate function. Level one is home to a generous common living space featuring a 30m beach area with naturally-lit spa, 25 metre pool, and helipad outside and inside a salon with dining room, music room and cinema.

Level two houses the five guest suites, a lounge and library. Two of the guest suites have direct access to the terrace and each has different views of the ocean. Level three is dedicated to the owner; the master space consists of a 200 square-metre suite that boasts panoramic sea views from the private 25m wide terrace.

Wally Hermes Yachts has unveiled a full-size model of its first ever project in Ancona’s shipyard. Naval architecture for the project is by Mauro Sculli, naval engineering by Roar Ramde of Ramform, and interior architecture is by Denis Montel of RDAI.

She will be capable of a top speed of 14 knots and is anticipated to cruise at a speed of 12 knots.