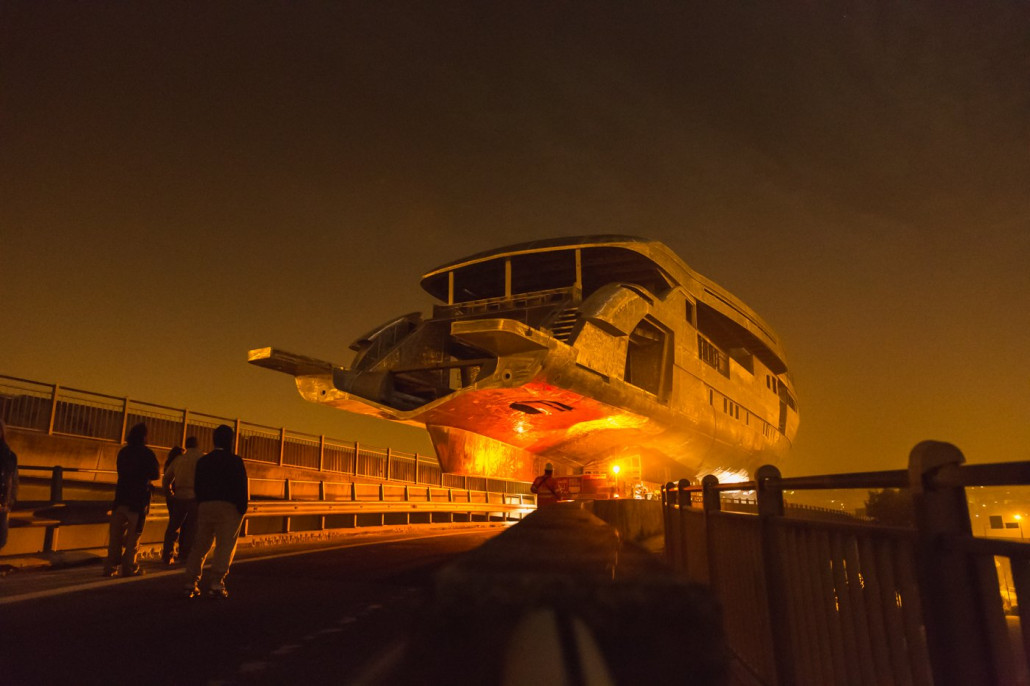 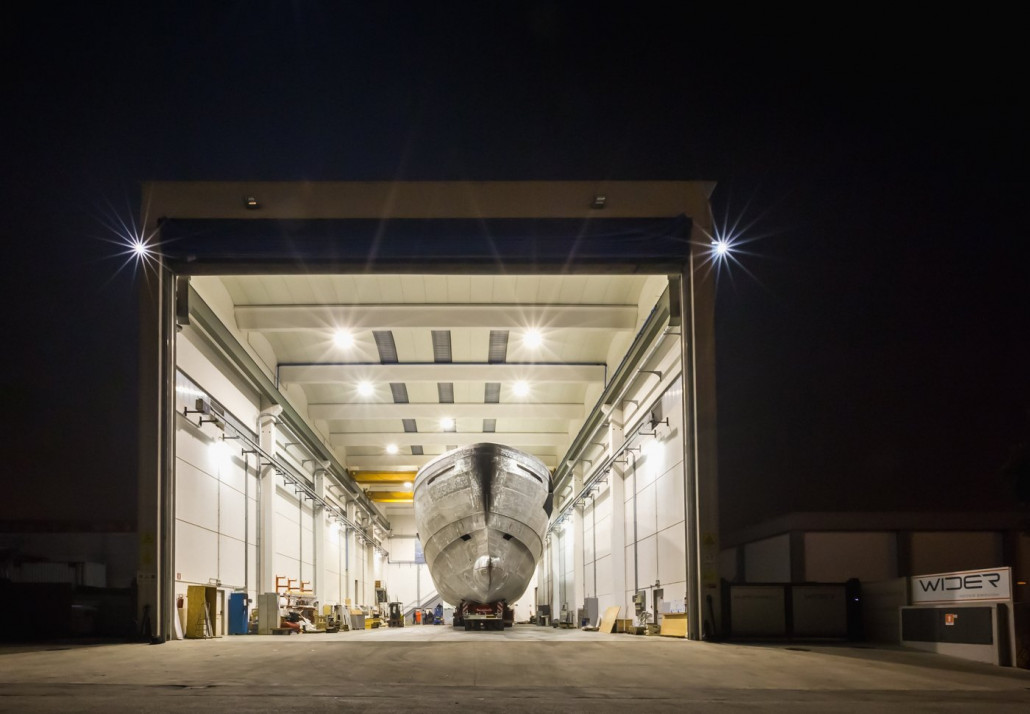 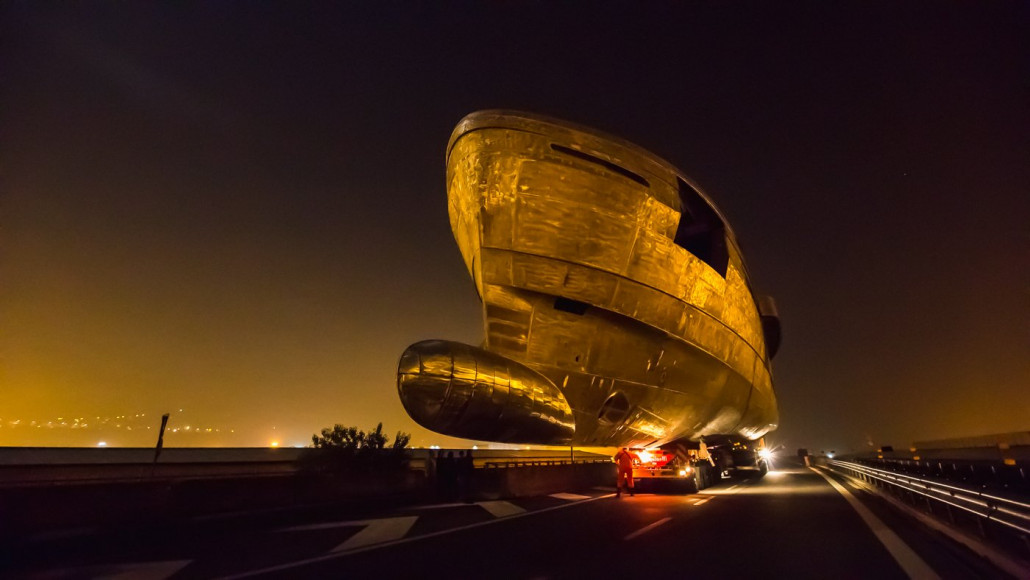 The Wider 165, the largest of the WIDER range, has moved into the Italian shipyard’s main production facility in Ancona to undergo its fitting out phase, it has been announced.

Also known as project Cecilia, the 50-metre vessel was moved along the public highways to WIDERS’ main yard, where it will continue its production trajectory towards delivery in late 2016.

Constructed entirely in aluminium, the yacht offers the same elegant lines as the Wider 150 that launched last week, with substantial interior volume and exterior living space. Notable features include a touch-and-go helipad, a dedicated submersible bay and a beach club with interior seawater swimming pool.

“Our new flagship will represent the finest marriage of aesthetics, innovation and cutting-edge technology that the yachting world has seen so far,” says Tilli Antonelli, Wider founder and CEO.

A Floating Launching System allows the yacht’s stern to be converted into a spacious garage ideal for carrying the WIDER 32 as a tender, as well as a submarine, although WIDER say this could be adapted for a client’s specific needs in the future.

Meanwhile the beating heart of the Wider 165 is its diesel electric propulsion system combined with a 544kWh Lithium polymer battery bank and Azimuthal pods, which is said to guarantee significantly reduced fuel consumption.