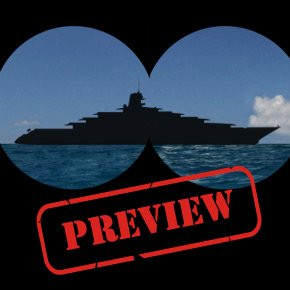 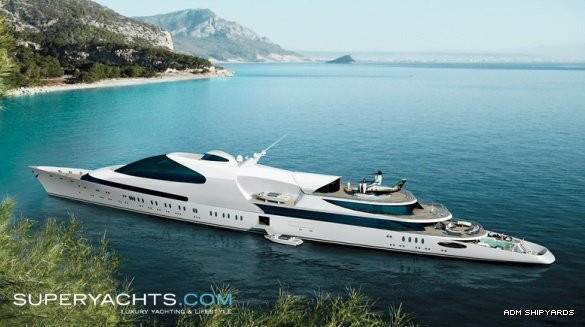 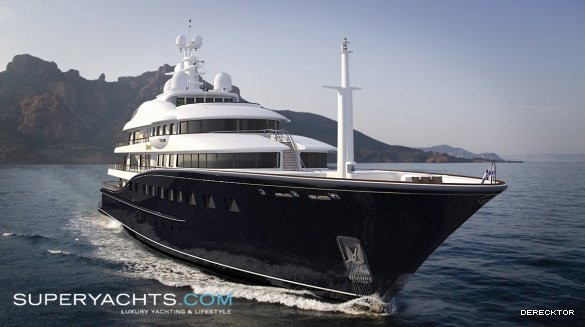 Despite the turbulent economic climate, we stand to witness a historic year for the league table of the World’s Largest Yachts in 2010, with 17 new yachts expected to launch themselves into the Superyachts.com Top 100. This is unprecedented, and it is unlikely that we will ever witness this again.

Like most luxury products destined for wealthy owners, details of the upcoming deliveries remain well-protected by the shipyards and designers lending their talents, making the prediction of a future top 100 a difficult task. Bear in mind these 2010 projections are based on market intelligence and due to the secrecy that shrouds each of the yachts, they can change at any time.

If speculation proves to be correct however, Eclipse will soon will take the crown from the current number one spot holder, 162m Dubai, in the Superyachts.com Top 100.

Long gone are the days when delivering a 60 metre yacht would earn a place amongst world’s largest yachts. Back in 2007, just 62 metres would have earned a place in the Top 100 world’s largest yachts listing, whilst 60.3 metres in 2006 would have been sufficient. As it stands the bare minimum to appear on the Superyachts.com Top 100 jumps to an impressive 73 metres.

Not only will 2010 see a new world number one, it will also see the largest yacht built in the US since the 1930s, with Derecktor's 85.6m Cakewalk (see videos) jumping into a projected 48th spot.

New Nations Join the Elite
The influx of new yachts joining the Superyachts.com Top 100 in 2010 also sees a shift in the spread of countries producing these mega yachts. As to be expected, the German and Dutch powerhouses remain top of the shipyards with German companies building an estimated seven of the new entries and those based in the Netherlands thought to be delivering three. A promising deviation from the yacht building meccas however can be seen with Chilean company Marco Yachts, anticipated to produce three new entries for the Top 100 list.

Design Trends and New Materials
The New Year is not only set to ignite the superyacht world for the astounding number of large yachts jumping into the Superyachts.com Top 100, but also for the innovative forms these yachts are bringing to the realm of superyacht design. With recent advancements in composite construction technology, builders have found that they can construct bigger and bolder superyachts while minimising price and impact on the environment.

The beauty of composites seems to finally have caught the attention of modern yacht owners who have taken advantage of its flexible moulding capabilities and opted for aesthetically appealing, multi-curved deck structures. While making for a decidedly distinctive and contemporary design, lightweight composites also allow a yacht to reduce vessel mass overall to render it more stable and easy to navigate.

When the Blohm + Voss-built motor yacht "A" hit the water in 2008, her design by Philippe Starck was a revelation and a complete departure from anything before seen on a superyacht. But the current fleet of megayachts under construction in shipyards across the world are about to make their own distinctive marks on the water, with many opting for fresh, slim, and unique designs over the traditional shape of large superyachts.

Amongst the most stunning in design is the Swift 141 from ADMShipyards forecasted to slip into spot six in the Top 100 listing. Based on the hull of a former Royal Dutch Navy frigate, the superyacht features a narrow beam, increasing the yacht's speed, and futuristic styling by the Paris-based Pierrejean Design Studio, ensuring stand-out status on the water. Building Swift 141 on an existing frigate hull has also enabled a faster build time for this impressive yacht.

Another mould-breaking design comes in at an estimated number 29, with the 96m Project Orca from Blohm + Voss and designer Michael Leach. The motor yacht displays a futuristic exoskeletal curving superstructure, aggressive lines and innovative glazing.

Project  Luna, anticipated to dive into the number 19 spot, is one who has opted to remain in traditional superyacht styling. Built by German shipyard Lloydwerft and Stahlbau Nord Shipyards, the 115m explorer yacht was designed for long-range expedition and favours function over fashion with her sturdy appearance. Other entries sporting classic but modern design include the 110m motor yacht Radiant at number 22, and the 84.3m J 24 at number 55.

Looking into the Future
Whether the streamlined, futuristic shapes are a sign of things to come in general superyacht design or if the tried and tested traditional design of the luxury vessels will prevail is yet to be seen, but eager trend-watchers are sure to be keeping a keen eye on the Superyachts.com Concepts database.

Top of the concepts-to-watch list is the 200m motor yacht design by Donald Starkey, which would become the largest private yacht ever to grace the water upon delivery. Originally thought to be a top secret under construction vessel coined Everest, this super-sized yacht has been confirmed as a concept and brings promise that even well after the excitement of 2010 has passed , there will be plenty to look forward to in the world of superyacht design.

"we stand to witness a historic year for the league table of the World&rsquo;s Largest Yachts in 2010, with 17 new yachts expected to launch themselves into the Superyachts.com Top 100"

"we stand to witness a historic year for the league table of the World&rsquo;s Largest Yachts in 2010, with 17 new yachts expected to launch themselves into the Superyachts.com Top 100"