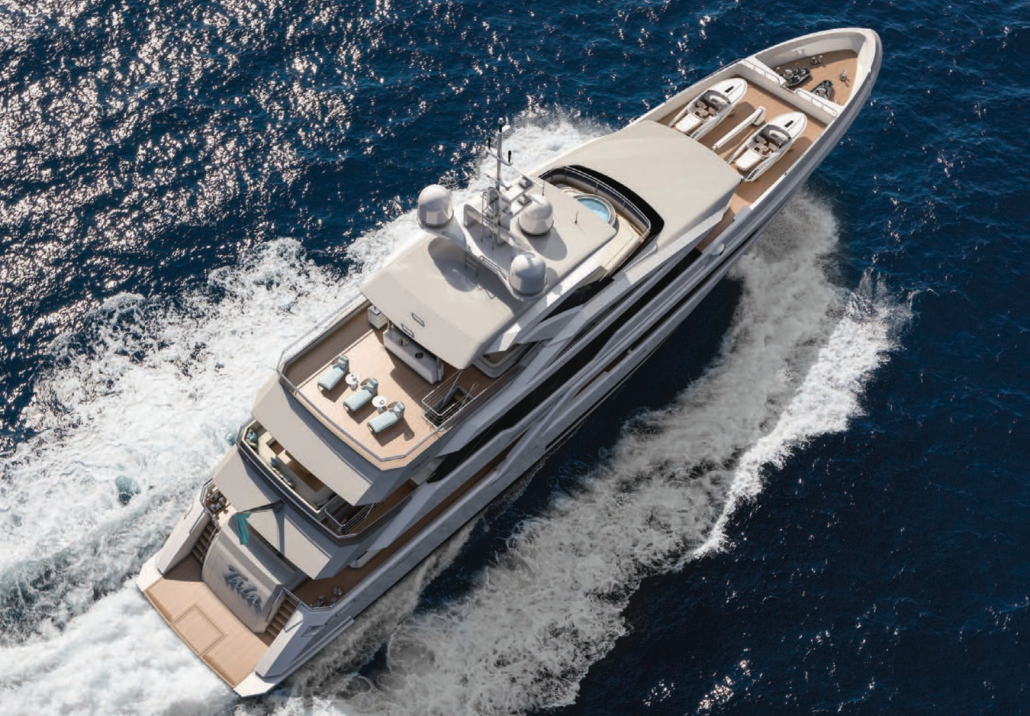 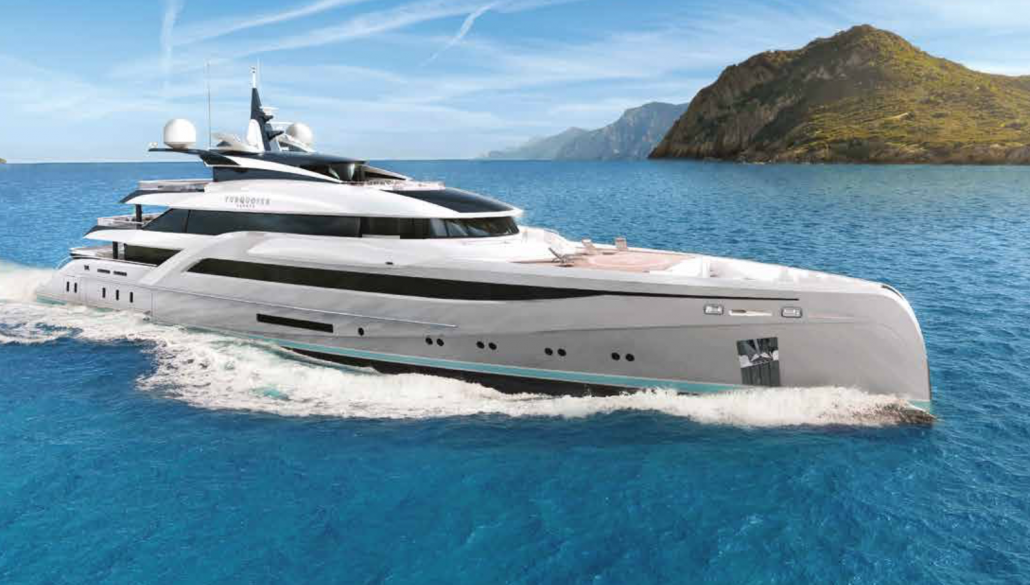 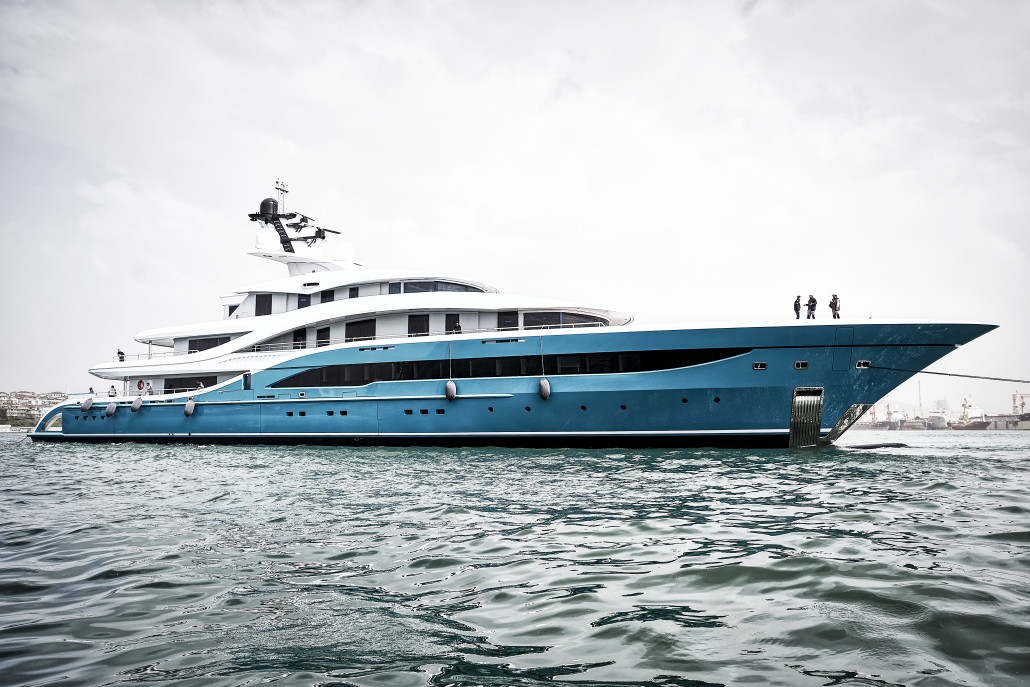 The whirlwind of activity at Turquoise Yachts in recent years shows no sign of slowing, and with 77-metre GO expected to be delivered to her owner in few days, we look at which projects are currently in build, exploring opportunities for canny buyers looking to put their personal stamp on a yacht with a reduced lead time.

Turquoise Yachts has spent the last few years updating and improving their facilities, enabling them to build up to 12 yachts between 45 and 85 metres simultaneously. When operating at its most efficient, Cristian Schwarzwälder, the yacht builder’s Monaco based Sales Director, says he hopes they will deliver between two to three yachts per year.

Schwarzwälder explains that yacht building activity in Turkey over the last few years has been steadily increasing, especially in the smaller sector. “Turkey represents the best value for money right now,” he says, adding, “We have all the amenities and conveniences of Northern Europe at lesser cost with remarkable craftsmanship and know-how from centuries of shipbuilding.” Schwarzwälder asserts that the shipyard's sub-contractors are also continuously pushing the boundaries of technology to new level.

At the yard presently is an exciting line up of new builds, some of which are still available to buy:

74-metre
A Valicelli Design with an interior by Ken Freivokh is currently for sale. Actively under construction at the Kocaeli shipyard, the hull and superstructure are at about 90% complete with a delivery slated for 2020. The interior can still be modified according to a client’s wishes.

53-metre Tala
Another yacht to be delivered in 2020, this DeBasto Design is actively under construction at the Kocaeli facility with hull and superstructure at about 90% complete, enabling late modifications from any prospective owner.

81-metre
The 81m Turquoise that is under construction is still for sale and fully customisable at this stage, exterior and interior can be changed to meet client's requirements. Currently the yard proposes a 2250gt threshold and a variety of exterior concepts as well as an interior design package by Micheal Reverberi.

66-metre
Also for sale, this yacht is in the early stages with the keel having been laid. Engineering is being finalised with the project still fully customisable. The exterior has been designed by Nuvolari Lenard.

77-metre
GO, designed by H2 Design, is in her final stage of completion and will leave the shipyard in mid June.

56-metre
Approaching her 2019 delivery, this sold gentleman’s yacht by Andre Hoek Design, was recently moved to the outfitting sheds.

In terms of market growth, Turquoise has set its sight on the US, feeling that the political climate is favourable for UHNWIs. Explaining the decision to open a new showroom in Fort Lauderdale, Schwarzwälder says, “The American market is definitely heading to a new high.” Having a permanent client facing premises, rather than simply visiting boat shows, is a sign of the yard’s confidence in their market position and the future.

At 77 metres, the largest of the yard’s yachts to date, GO will be a brilliant showcase for their capabilities. The latest progeny of the yacht builder’s long-term collaboration with London based H2 Yacht Design, GO is one of the first ‘new generation’ yachts created since the yard was acquired by Dr Mohammed Al Barwani in December 2014. A future-proofed yacht, GO has a sleek silhouette that incorporates a stretched arch running all the way to the aft of the vessel. With her bold turquoise painted hull, she embodies the spirit of this highly active and ambitious shipyard perfectly and wherever she goes there will be no doubt as to who created her.

"The American market is definitely heading to a new high."

"The American market is definitely heading to a new high."