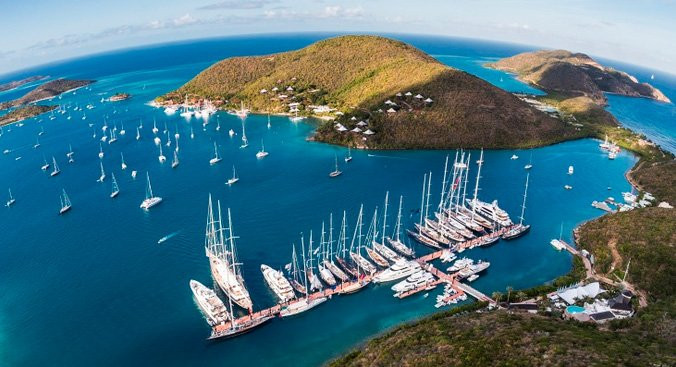 The Norddeutscher Regatta Verein (Hamburg) and the Yacht Club Costa Smeralda (Porto Cervo, Sardinia) have announced their cooperation for a unique offshore open regatta series in 2017/2018.

On the occasion of both clubs' anniversaries, the participating yachts will sail from the Canary Islands to the Caribbean in 2017 and on to Hamburg, Germany in 2018. In 2017 the YCCS, which was founded by H.H. the Aga Khan, will be looking back on 50 years of club history while in 2018 the NRV will celebrate its 150th anniversary.

The "Atlantic Anniversary Regatta" will depart from the Canary Islands in November 2017 headed for Virgin Gorda (British Virgin Islands), where the Yacht Club Costa Smeralda has its winter base.

Depending on the size of the competing yachts - as the regatta is open to any and all sizes - and the wind conditions the boats are expected to arrive in Virgin Gorda after approximately two weeks.
Subsequently the yachts will have the opportunity to take part in the existing regatta circuit around the Caribbean. With the popular Newport Bermuda Race the participants will arrive at the Royal Bermuda Yacht Club, the organiser of the 2017 America's Cup. In July 2018 the yachts will then leave Bermuda for their return journey to Hamburg. The finish line will await them just off Cuxhaven where the river Elbe flows into the North Sea.

The regatta is open to participant enquiries, and there is also a possibility to only register for one leg of the route. For the overall winner of the series a unique prize is being created especially for this occasion.

During the first presentation of the anniversary programme which took place at the NRV clubhouse in Hamburg, Germany today, the commodores of both clubs, Riccardo Bonadeo (YCCS) and Andreas Christiansen (NRV), crossed their burgees in order to officially seal the clubs' full reciprocity agreement. The ceremony was attended by many interested club members.

An exclusive edition of fine art photography will form the foundation for future communication of both clubs regarding the regatta as well as other anniversary events.

The Yacht Club Costa Smeralda was founded in Porto Cervo, Sardinia in 1967 by current president H.H. the Aga Khan and a group of founder-members as a non-profit sporting association for fellow sailing enthusiasts.