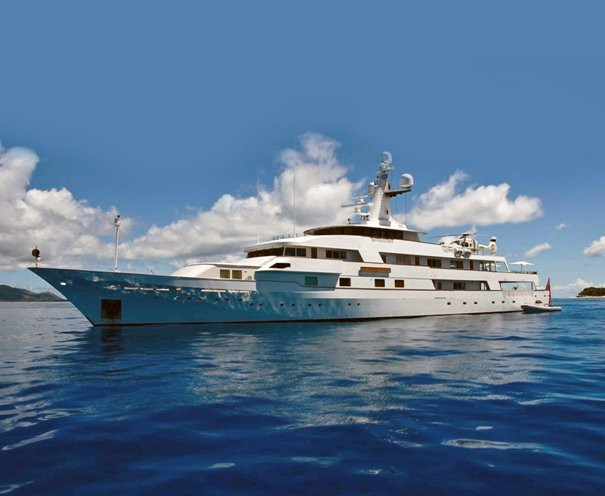 White Cloud (formely New Horizon L) is a 67.30m (220.80ft) superyacht which was custom build to a timeless design in 1983 by Feadship, one of Holland’s leading shipyards.

White Cloud acted as his full time residence, a real home on the water. After she exchanged hands, her current owner sent her for a refit in 2004 where she was lengthened and had a new deckhouse added.

Her interior was redesigned by the venerable Terence Disdale Design studio alongside the addition of a large jetted spa on the aft deck and zero speed stabilisers to ensure complete comfort.

In 2010, White Cloud underwent the 25-year marine survey to maintain her in Lloyd’s Classification. Her engine control, machinery and monitoring systems were then upgraded and the exterior was completely refinished.

White Cloud now stands for sale between Merle Wood & Associates and Y.CO at an asking price of $23,900,000.