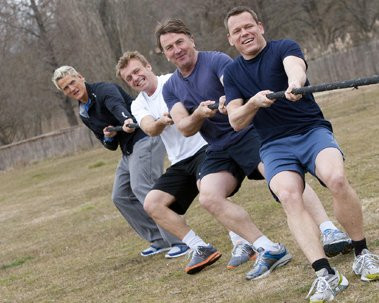 The founding partners of Y.CO, Gary Wright and Charlie Birkett, along with Director of Yacht Management Yves Damette, are set to embark on the Telemark Challenge; a battle of perseverance over seven days to raise money for the Special Boat Services Association.

Over seven days and nights, Gary, Charlie and Yves, accompanied by ex-military personnel, will battle the elements as they retrace the snow-covered steps of the Heroes of Telemark across the arctic landscape of Norway, from Evjemoen to Vemork.

“The Heroes of Telemark were a group of 6 Norwegian soldiers who were dispatched to Vemork, Norway, to destroy a facility producing Heavy Water (a key component in creating nuclear weapons),” explains Gary Wright. “Operation Gunnerside, as it was known, was successfully carried out on February 28th 1943 when the team broke in and destroyed the plant before telemarking to safety (chased by 3,000 enemy troops!). It is considered the most successful act of sabotage of WWII.”

The expedition will travel on telemark skis, carrying all their own equipment and provisions whilst sleeping in the wild of the tundra every night.