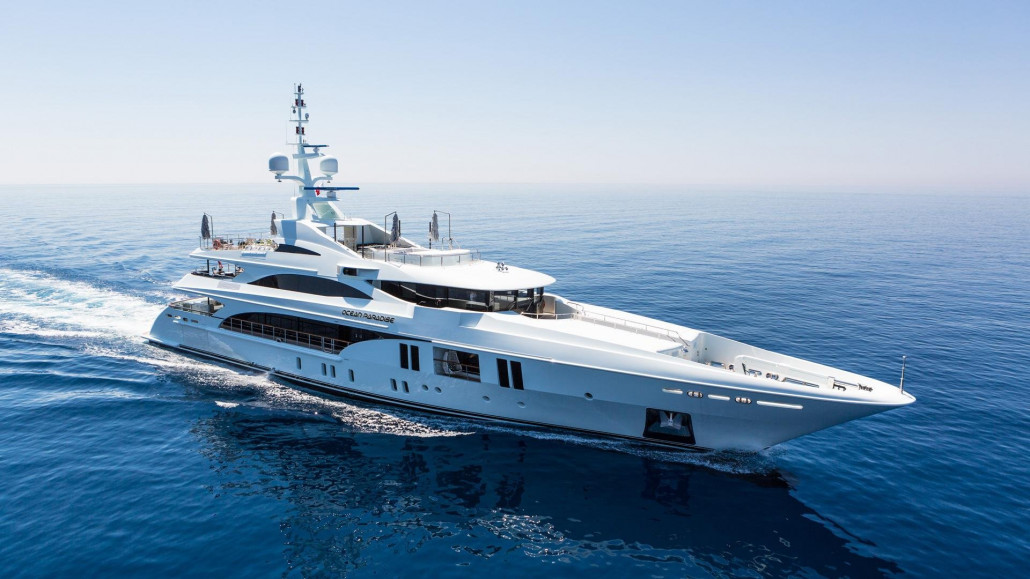 The luxury yacht charter and brokerage house Y.CO has recently announced the successful sale of seven incredible superyachts in so many weeks, signifying a remarkable upturn in activity over 2015.

Totalling over 150 million euros and averaging 46 metres, this impressive sales list equals nearly a quarter of total superyacht sales in this period and runs around 7 metres higher than the industry average of LOA sold.

Here’s a run down of the ‘magnificent seven’ and the market activity brought forward by Y.CO, adjoining brokers and representatives over the last seven weeks. Follow the links below for more information, photos and video:

Step One
Built in 2012 to the exacting and distinctive Tim Heywood style so well connected to the Amels construction technique, Step One is an incredible vessel with style in droves. Listed for sale on Superyachts.com with Moran Yacht & Ship, the joint sale of this 55 metre superyacht is one of the largest of the seven, but by no means the last.

Ocean Paradise
Benetti are a brand synonymous with outstanding superyacht construction, and Ocean Paradise is no exemption to this. A beautiful, modern and graceful superyacht inside and out, this 55 metre luxury yacht is a fantastic addition to the global superyacht fleet and a clear choice for any potential owner thanks to her sale through Camper & Nicholsons and Y.CO.

The New Amels 180
This is the most recent sale in the Y.CO announcement and another Amels superyacht which is an extended version of the LIMITED EDITION 177. Measuring 55 metres, the Amels 180 is set to be delivered in 2017 and features a large sun-deck with touch and go heli-deck with beach club and steam room.

Trust Fund
This 45 metre motor yacht was built in 2008 by the Netherlands shipyard Hakvoort. An elegant cruiser, Trust Fund is a stable, comfortable and effortlessly stylish superyacht with a pedigree construction.

Zita
The second Benetti in the ‘magnificent seven’, Zita was built as part of the Vision 145 series and features spacious style across her 43.6 metre exterior profile and unparalleled comfort throughout her Benetti and Lewis & Granaiola interior.

Griffin
Let it never be said that a Palmer Johnson was mistaken for anything else, and Griffin is very much part of the distinctive Palmer Johnson fleet. Thanks to her low, sleek and sporty exterior - which were drawn by the experts behind Nuvolari & Lenard - the 41.5 metre Griffin is part of a slew of recent sales by Y.CO.

Tiketitoo
Reaching back to April, Tiketitoo was the sale that sparked the seven. This impressive Wally sailing yacht was sold shortly after her refit, leaving her in the most impeccable condition since her launch in 2001. With new 3DL race sails, paint job and generators, it was no surprise that the 26 metre sailing yacht left the market quickly.