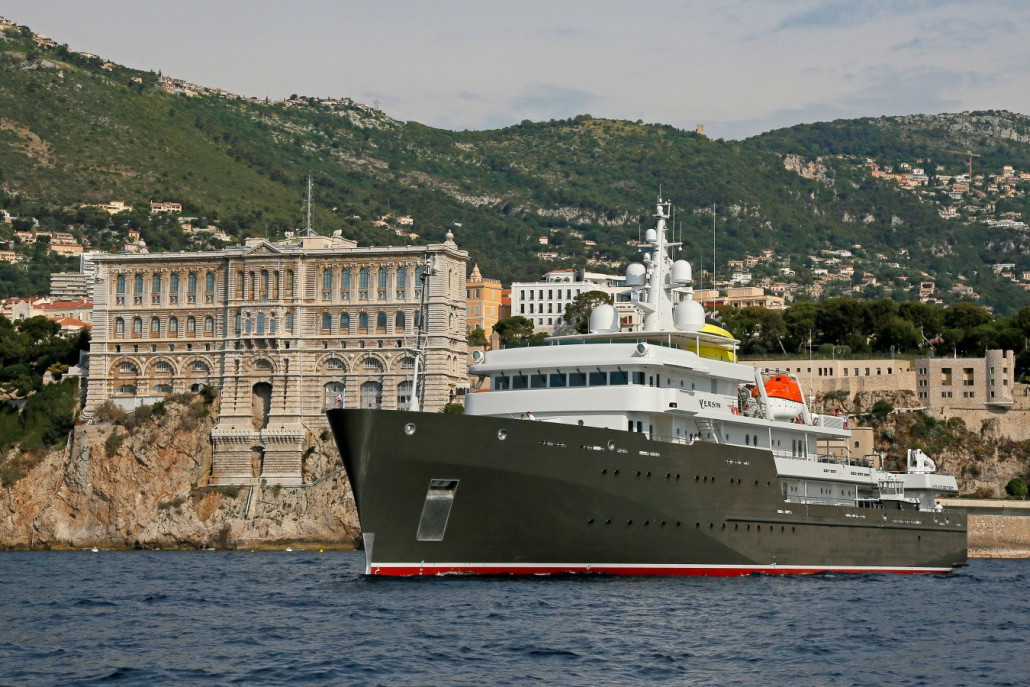 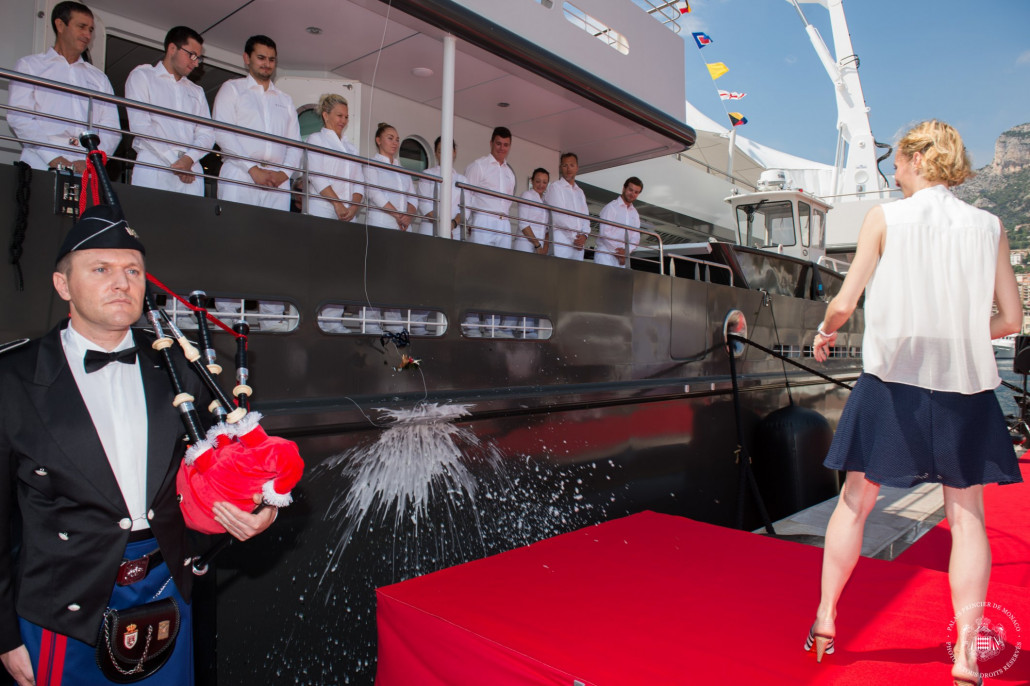 At a ceremony in Monaco, attended by HSH Prince Albert II, the 77m exploration ship Yersin was blessed by His Grace René Giuliano, Vicar General of Monaco while Fanny Fiat, the vessel’s godmother and daughter of the owner, broke a bottle of champagne against the hull - but with a strong message of oceanographic awareness, this an extraordinary christening for a truly outstanding yacht.

“The Yersin is an exceptional vessel, a boat for cruising also designed for research purposes, and an impressive autonomy of several days or even several months. She keeps alive the tradition of Prince Albert 1st’s and Captain Cousteau’s boats and other explorers who left from Monaco. It is quite moving and extraordinary to think that thanks to Mr Fiat and his family, and his attachment to the Yacht Club de Monaco, this great adventure, where science and education take centre stage, can be revived,” said HSH Prince Albert II.

The vessel made her grand entrance into Monaco’s harbour on World Oceans Day, 8th June, when she was greeted with full honours by a water salute from the fireboat. HSH Princess Charlene of Monaco was also involved, on behalf of her foundation, when she met 11 school children, winners of the 2nd edition of the ‘Snapper pour Tous’, an initiative run by the Oceanographic Institute and Education Department for children in difficulty.

Built to passenger ship standards (hence her term of ‘Motor Vessel’), the construction of Yersin was entrusted to French shipyard Piriou in Concarneau. No agent, no naval architect and no designer: François Fiat, his wife, his Captain, Jean Dumarais, and his Chief Engineer, Yordan Hristov designed her, monitored the whole construction process and selected the equipment and fittings themselves.

M/V Yersin has been built around the 'A.S.E.' project, with three key objectives in mind as to how the vessel will be deployed: Adventure, Science and Education.

“It has been a dream of mine since childhood - inspired by Tintin, Prince Albert 1’s Hirondelle and Captain Cousteau’s Calypso - which within three years has become a reality,” explains her owner François Fiat about the dream of Adventure. “I wanted a boat that could sail anywhere, in any weather, with a reinforced hull for the ice. As her vocation is exploration we wanted to set aside 70% of the space to communal and technical areas.”

As for the Science behind the 77m vessel, Yersin is packed with eco-friendly technology. “We have electric propulsion, supplied on demand by generators as one still cannot store energy in batteries. At a cruising speed of 11 knots we consume 380 litres of diesel, half of what we would consume with diesel engines. At a slow-steaming speed of 9 knots, our total consumption (electricity, heating / air conditioning included) falls to 180 litres an hour, giving us autonomy for 12,000 miles and 40 days at sea with 40 people on board. Nothing is discharged into the sea: we recycle grey water for washing the boat for example, and produce freshwater for all our needs. But we only do oil changes in ports equipped for this, and then there’s no question of introducing foreign particles to an environment hundreds of miles from where we have taken water on for the desalination system.”

In regards to Education, “We can take children on board to educate future generations on protecting the environment. This is also what we did at the event with HSH Princess Charlene of Monaco. The broad smiles and messages they retained after a day on the water convinced us that this mission for the vessel is a very valid one.”

“The vessel is called Yersin in honour of Doctor Alexandre Yersin (1863-1943), who worked for the Messageries maritimes merchant shipping company. Humanity owes this man a great deal for his research, notably his discovery of the bacillus behind the bubonic plague on 20th June 1894. I also chose one of his quotes - “You are not truly alive unless you keep moving” - to be the vessel’s motto,” concluded an emotional François Fiat on the realisation of his dream, and who chose for this symbolic date the first anniversary day of the Yacht Club de Monaco’s new building.

After a family cruise in the eastern Mediterranean and Adriatic, this ship which won the Monaco Trophy 2014 will be a major attraction at the Monaco Yacht Show, 23rd to 26th September 2015, before weighing anchor for the wider oceans.