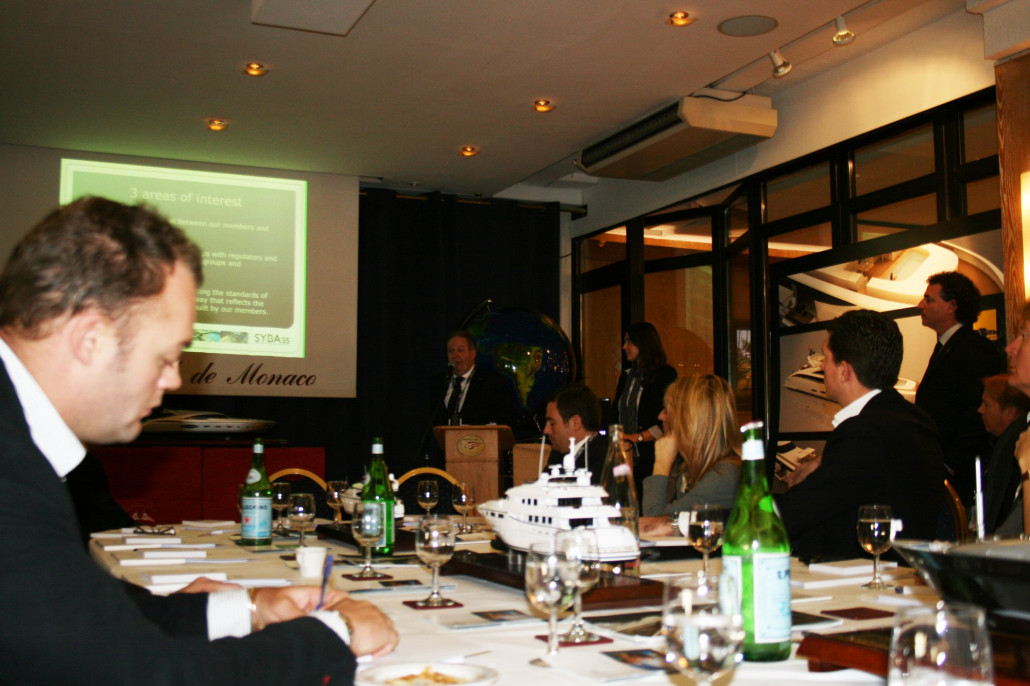 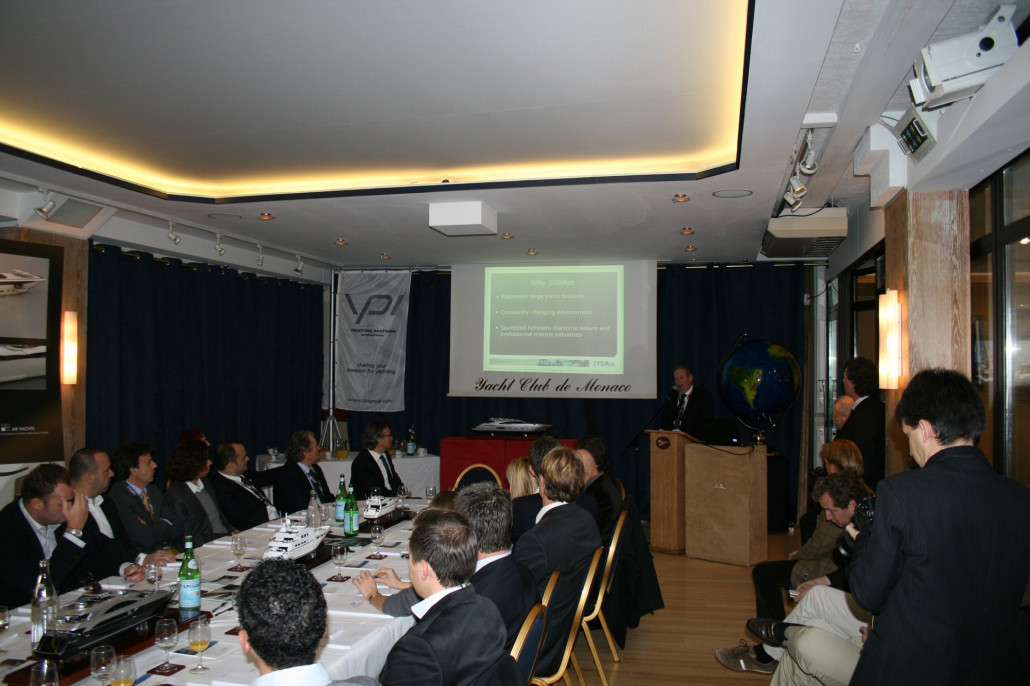 International brokers, journalists and industry representatives gathered in the sophisticated surroundings of the Yacht Club de Monaco yesterday, as Yachting Partners International hosted a seminar in honour of their new partnership with the FIPA Group.

Featuring speeches from Bertrand Vogele, CEO of YPI, Theo Hooning, Secretary General of SYBAss, and the CEO of the FIPA Group, Luca Guidetti, the 2011 YPI Monaco Seminar presented the perfect opportunity to present and host a discussion on the brand-new AB166 and AB116 superyachts.

YPI recently announced the signing of the 50m AB166 and has just released the news that the partnership with FIPA has extended – introducing the 36.2m AB116 superyacht into the impressive YPI brokerage fleet.

The audience gathered at the Yacht Club de Monaco on Wednesday morning to enjoy a light breakfast with like-minded industry representatives and sat down to discuss YPI’s latest signings and new projects.

The AB166 and AB116 were proudly presented to the audience by the FIPA Group, an Italian, family-run company consisting of the CBI Navi, AB Yachts, Intermare and Maiora shipyards. The FIPA Group also gave an opportunity to understand how they have made their reputations as one of the most innovative yacht builders in Italy.

Founded in 1970 by Francesco Guidetti - who was also present at the seminar - FIPA began by building luxury yachts in fibre glass, which at the time was a widely demanded material from the yachting market. Since then, FIPA have built a sterling reputation in yachting construction by building a wide range of unique and customizable luxury yachts in innovative materials such as fibre glass, kevlar, GRP, steel and aluminium.

Luca Guidetti commented on their new design, saying, “the AB166 is the best example we can offer our customers … she is fast, smooth, beautiful and has full opening balconies and doors that allow owners to live closer to the ocean”.

The AB166 is an extremely sporty vessel with the perfect combination of comfort, space and performance. With the capability of achieving up to a top speed of 48 knots, the AB166 is an elegantly designed 50m vessel with a powerful monster inside. Luca Guidetti added, “Being able to run a yacht at up to 25 to 40 knots and then being able to slow it down for an all day cruise around an island gives owners that ideal flexibility”.

The AB166 harbours the water jet propulsion expertise of AB Yachts to achieve astounding speeds coupled with the design and lightweight construction knowledge that draws from over 30 years in the industry.

Following in-depth discussions about the shipyard, Luca Guidetti was asked about FIPA’s performance during the economic downturn. Luca confidently described how the company was now recouping the losses of 2008/9; “there are more requests now for new and used yachts … there’s a good feeling for the future market, we won’t get back to how it was before 2008 for a while but the market is looking at larger yachts”.

During the seminar, FIPA also announced a number of new projects in the pipeline, including a soon-to-launch 50m CBI Navi yacht, a 65m ice-class hull project from CBI, a 48m Maiora and the recently launched Maiora 27s.

With an involved and positive response from the audience, the consensus of the YPI hosted seminar found the new design of the AB166 to be a well styled yacht with a host of unique attractions for the owner or charter guest.