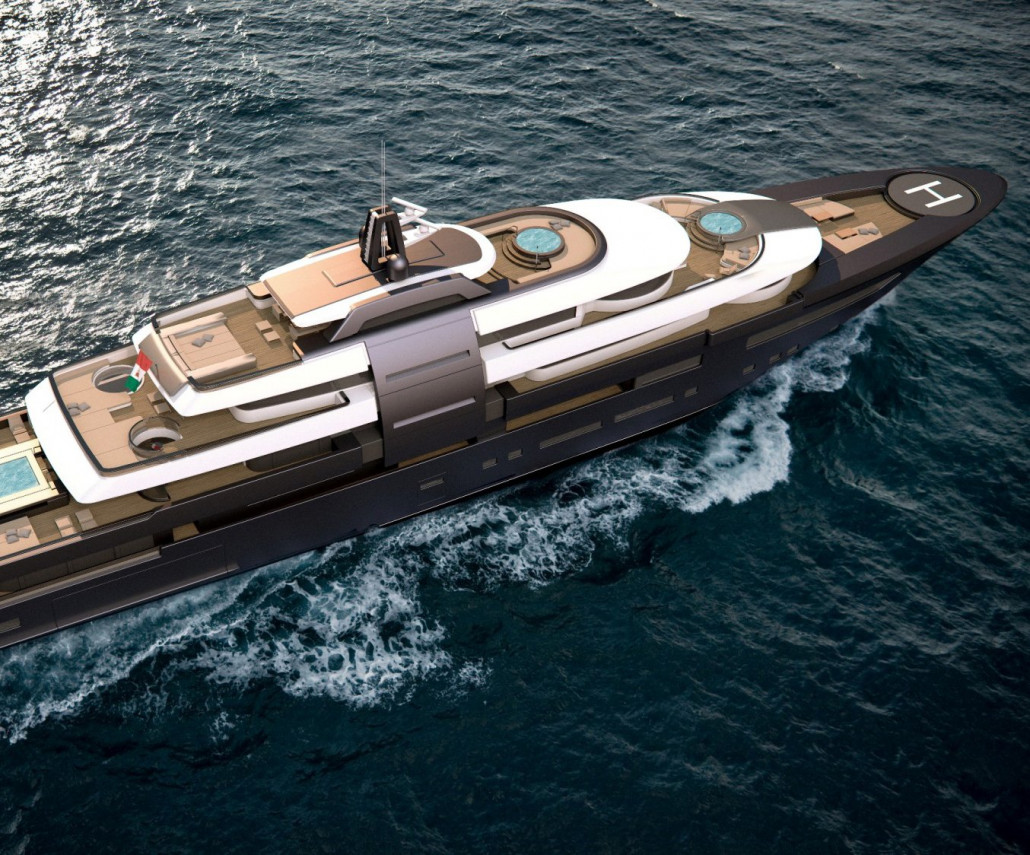 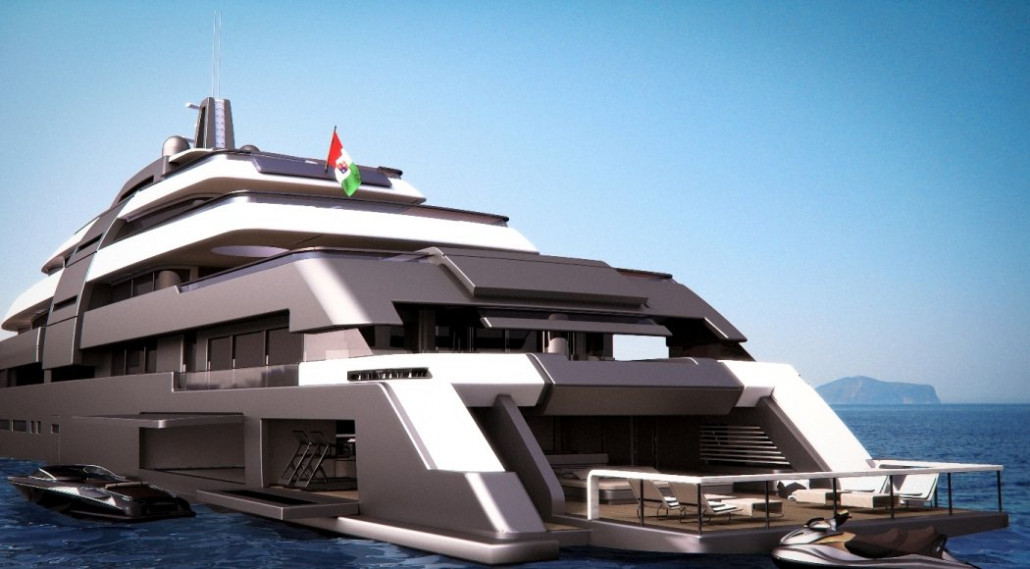 The new concept 90M/SYD was personally created by Bernardo Zuccon - responsible for the Zuccon SYD together with his sister Martina - and is characterized by a very distinctive and strongly architectural pattern, focused on vertical surfaces and limited to a few essential drawing, resulting in a yacht with a sharp and captivating design. From a functional point of view, great attention has been given to the external spaces’ equipment, both in the common and the owner’s areas. Moreover, setting up the green areas as greenhouses and winter gardens, adds a further distinctive and singular touch.

The 90M/SYD motor yacht holds a 13.50m beam, with a steel hull and an aluminum superstructure. From a distributive point of view there are several distinguishing solutions to point out. The four decks, along with the Sun Deck, are all connected with central large stairs and elevator. Comparing to other projects the Lobby here take on great importance through a double height effect, that gives a strong scenic impact.

In the lower deck the transom door could be opened in three different sections, for the maximum functional flexibility, and gives access to an ample beach club, directly connected to the lobby by a hallway that goes through the garage and the engine room. The remaining deck is dedicated to the crew, with the exception of the Jolly area, which can be used either as a Cinema, Fitness room or a Spa.

On the main deck the traditional cockpit conception has been abandoned. The cockpit turns into an entrance gate while the guest’s external living area has been moved on the upper deck for a highest privacy. The main deck is entirely dedicated to the guests: a first wide living zone has been divided in three portions: a formal living one, a cinema and a bar area with two balconies. In this latter zone a great double height links optically the main deck with superior. Beyond the living area are four double cabins and two VIP cabins with a balcony.

On the upper deck the external space becomes the focal point of the life onboard. A clever system of sliding glass-walls allows to transform the inner dining area into an outside dining area (patio), creating a unique setting that includes the big swimming pool and the large sunbathing area. On this deck also took place the cockpit along with the Owner’s cabin and studio, while on the aft part are the helipad and another relax sitting area with sun beds and sofas.

Going up there is the deck entirely dedicated to the owner, with a studio, spa, two large terrace (on the stern one, on the aft the other) as well as a huge fitness area, adjusted so to be used also from the other guests. Accordingly to the planning principles, the Sun deck is completely open and equipped with a Jacuzzi, a lunch area and an ample sunbathing surface.