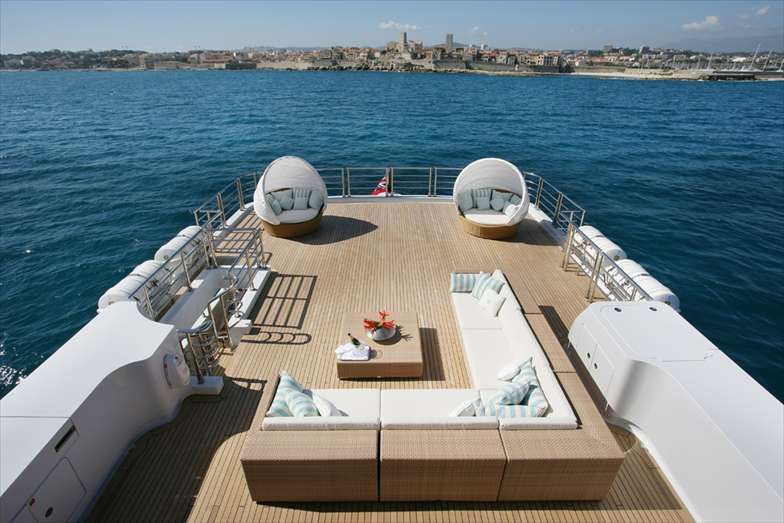 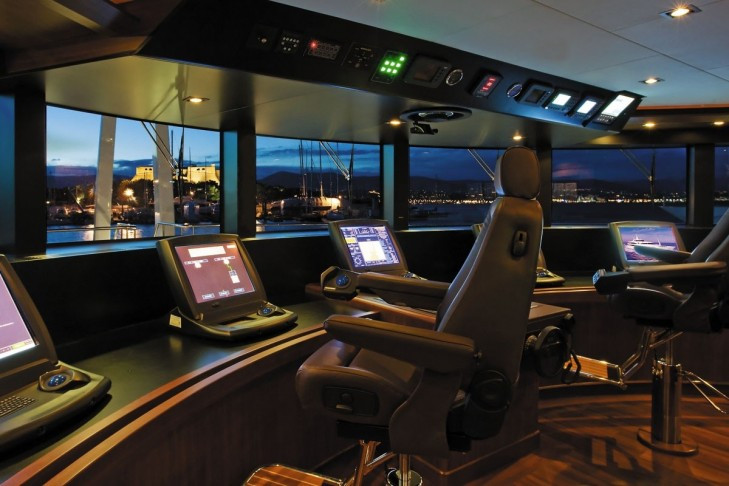 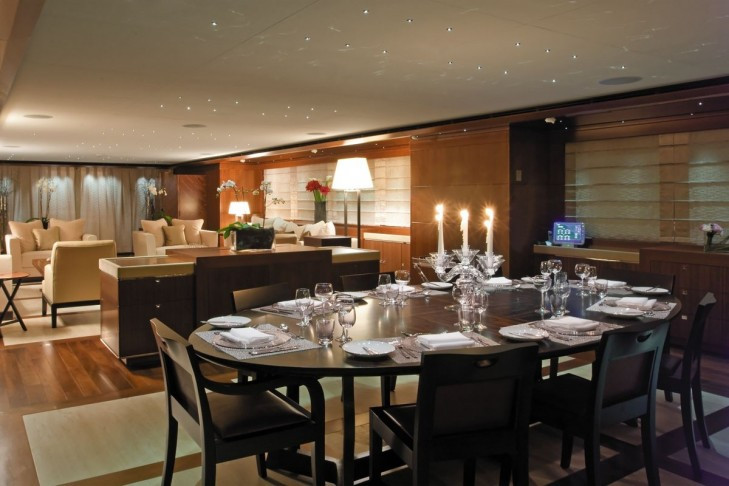 Motor yacht Maraya is a stunning amalgamation of modern innovation and luxurious comfort launched by renowned shipyard CRN in 2007. This impressive Italian vessel is a combination of steel hull and aluminium superstructure featuring exterior design by Zuccon and the interior talents of Claude Missir. She measures 54.2 metres in length and can accommodate up to 12 guests.

Known by the project name Rasha, motor yacht Maraya was christened with her current name meaning “many mirrors” in Arabic upon her launch. She is the sistership to Ability delivered by CRN in 2006, and is the proud new-build of an owner from the Middle East.

Her unusual name gives a clue to the central focus of her interior design, with mirrored surfaces being used to and heighten ceilings and light-up potentially dark areas by bouncing light around the interior spaces. The interior design of the luxury vessel is of contemporary style, show casing crisp minimalism and creating elegant curves and strong vertical lines. American walnut is the main wood used for panelling throughout.

Her layout ensures maximum guest freedom onboard, creating a number of spaces for guests to escape to for relaxation or entertainment. Perhaps one of her most impressive features is her vast sun deck, encompassing 130 square metres of complete open-top space. Here can be found a large dining table, bar, Jacuzzi and area for sunbathing. This deck can also be utilized as a touch-and-go helipad when needed, able to take aircraft up to 1.6 tons.

Also vast in size is the main salon and formal dining room which together cover a space around 100 square-metres. There is an elevator that services all decks between the bottom and the bridge. External spaces are also considerably large, totalling 450 square-metres spread across five separate deck areas.

On the lower aft deck is a children’s playroom, replacing the gym that occupied the same space on Ability. Sliding glass doors give guests access to a fold-down swim platform.

Amongst her six cabins are a lavish Owner’s suite; a VIP cabin cabins; two Double cabins; and two Twin cabins. Among her vast number of extremely modern features is a private outdoor balcony off the master suite on the main deck. The balcony lowers whilst the yacht is at anchor; flattening-out much like a hydraulic swim platform.

Another noteworthy feature are the two glass windows fitted into the teak floor that allow natural light to filter into the suite but are easily protected by teak covers when the balcony is being used.

Luxury yacht Maraya is powered by two Caterpillar 3152B engines that allow her to reach a maximum speed of 16.5 knots and cruise comfortably at 14 knots.

Featuring a dedicated crew of 13 with the rotating Captains Richard Hodgson and Paul Were, she is an excellent charter yacht for luxury vacations. Maraya cruises the East Mediterranean during the summer charter season and the Caribbean in winter.