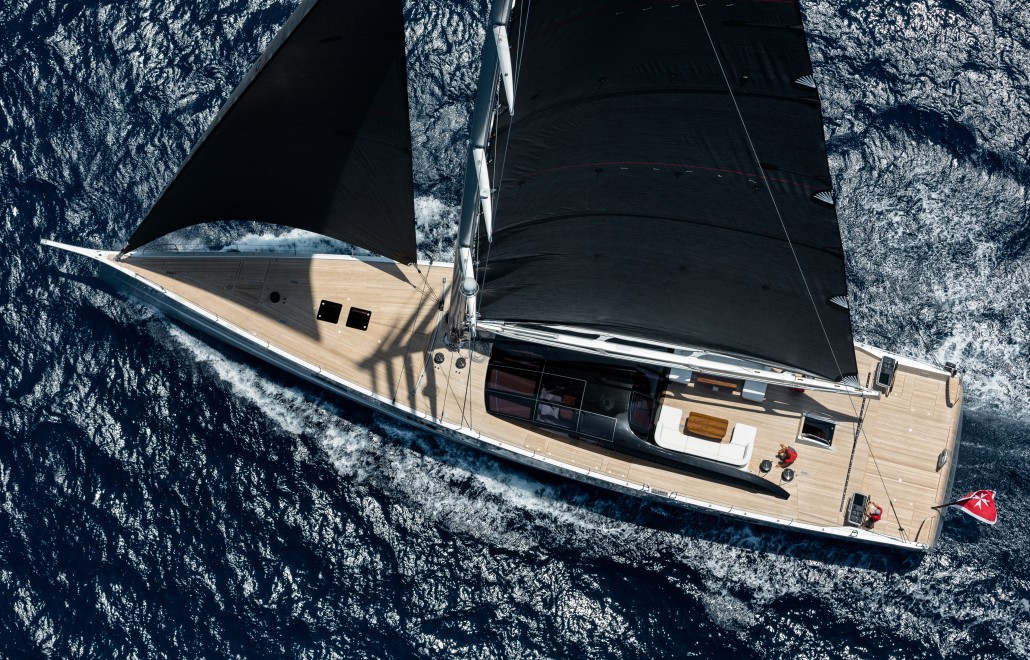 The record breaking sales of leading luxury brokerage Burgess proved the superyacht market was thriving during the 2021 period. Burgess took the industry by storm this year having been responsible for some of the biggest and best sales in superyacht history. Thriving during the pandemic, Burgess proved commitment and dedication can lead to successful figures across their sales portfolio. Seeing owners seeking private experiences that are both safe and secure, as well as luxurious isolation, it seems COVID-19 has accelerated superyacht ownership by marking a moment in history like never before.

SYM & Burgess kicked off the year with an impressive sale of the 60-metre CRN yacht Blue Eyes of London. A fine example of Italian pedigree, the stylish, generous sized vessel was sold alongside SuperyachtsMonaco acting on behalf of the buyer. The megayacht had been listed for sale with  an asking price of EUR 26,500,000. Delivered to her first owner in 2009, the CRN style icon was fully equipped with all of the modern and in-demand amenities of a modern day superyacht. Onboard highlights include elevator access to all decks, a spacious beach club, large swim platform and designated gym area. The superyacht also boasts a touch-and-go helipad and Jacuzzi on sundeck forward, perfect for an owner to enjoy opulence and luxury.

Moving into Spring, the sale portfolio of Burgess continued to go from strength to strength. The month of march saw Burgess sell the 50m  Heesen Yacht Inception.  The Dutch yacht was listed at an asking price of $25,000,000. Crispin Baynes of Burgess represented the seller, with the buyer introduced by Derk Jan Rolff of Holland Yacht Connection.  Inception’s Owner can enjoy 50-metres of style and comfort, as well as be able to make use of the yacht’s study while at sea, or relax and unwind as it is converted into a massage room.  Other onboard highlights include a 360° rotating bed in the master suite with panoramic views, retracting sunroof above the bar on her vast sundeck, which is then convertible into a dance floor lit by micro starlights by night.

As spring continued, April brought further news of success for the luxury brokerage. Burgess announced the sale of 44.2m Benetti superyacht Domani, with Peter Brown representing the seller and the buyer introduced by Michael Selter of Crow’s Nest Yachts. 44.2m Domani was last listed by Burgess for an asking price of USD 8,500,000. Now under new private ownership, Domani offers plenty of entertainment for her guests both in the indulgent interiors as well as at sea. The superyacht boasts plenty of social spaces for family and friends to unwind, including an enticing Deck Jacuzzi, while an array of water toys are available for more high-octane thrills on the water.

Burgess announced the sale of 63.8m yacht Sokar in June, with Seawood Yachts representing the buyer. The iconic yacht was built by Italian yard Codecasa in 1990 and underwent several refits during her lifetime, most recently in 2020. SOKAR’s original exterior design was penned by Vittorio Cerruti, and updated by Howard & Horsfield during her later refit, making her a modern vessel of pure elegance. Offering impressive accommodation for 18 guests and 16 crew, Sokar is incredibly versatile and built for quality time onboard with family and friends. Her profile is characterised by a timeless white exterior belying spacious onboard dining and lounging areas.

The super-sized 126.2-metre Lürssen explorer Octopus was a monumental summer sale for the brokerage. The superyacht, listed by both Fraser and Burgess, is one of the largest and most spectacular examples of a full-fledged yachting and exploration vessel. Espen Øino International designed the striking exterior with a blue and white hull and superstructure, featuring two helipads and a hangar aft. The superyacht is capable of exploration and scientific research voyages requiring months at sea. One of her key features is an integrated dock for both the principal 20-meter guest tender and two submarines for exploring marine life, one of which is remotely controlled for reaching greater depths.

Included in the quartet of sales that took place following the Monaco Yacht Show 2021 was 55.5m new build Time Off, Damen support vessel who grabbed the industry’s attention across the show's period. The Palma office commandeered the sale, representing the seller, after just under a year on the market. Her exterior design, naval architecture and interior design is by Damen Yachting making her a true Damen classic support vessel. Proving the platform of the Monaco Yacht Show continues to bring success for the brokerage, this November sale was an example of  Burgess's triumph as they approach the end of the year.

Burgess was also proud to announce the sale of 44m Bloemsma & Van Breeman motor yacht Arete as part of their November success. Arete joined the Burgess sales fleet in March 2021, and was just months later snapped up by her new owner's. The 44m displacement moto yacht with a steel hull and aluminium superstructure has engineering by Vripack. The vessel is designed inside and out by the multi-award winning studio of Pieter Beeldsnijder. Althought delivered in 2014 by renowned Dutch shipyard Bloemsma & Van Breeman, she is a modern and sophisticated vessel with an enviable reputation.

Moon Sand Too is a 33.9-metre motor yacht of all-aluminium construction, built to Bureau Veritas classification by the legendary Dutch shipyard Feadship, De Vries and delivered in 2016.  Part of Burgess's incredible sale success, Moon Sand Too's striking contemporary exterior lines and naval architecture are by De Voogt and her interior design is by Bannenberg & Rowell. The vessel has impeccable credentials, being the first of Feadship's Lagoon Cruiser Series of yachts. Featuring huge swathes of glass, transforming both her appearance and the guest experience inside, she is a vessel with plenty of character. Moon Sand Too's aluminium construction gives her a light weight and a shallow draft of 1.8-metre, expanding her cruising abilities in many popular parts of the world.

The exciting November week concluded with the sale of the iconic sailing yacht Ribelle. Designed by Malcolm McKeon, this 32.6m Vitters performance sailing yacht was also a star of the Monaco Yacht Show’s new sailing yacht section. As well as this,  it was a favourite within the Burgess fleet. The yacht was delivered by Vitters in 2017. Built in collaboration at Green Marine in the UK, her hull and superstructure are made from carbon fibre. This resulted in a lightweight displacement of just 84 tonnes, permitting the stylish sailing yacht to achieve speeds of more than 20 knots in moderate conditions. The sailing yacht also reflects real diversity for the Burgess portfolio, seeing everything from large and luxurious vessels, to sailing yacht sensations on the water.

With such a diverse sales portfolio, and a triumphant year behind them, Burgess moves into 2022 with a thriving sales portfolio, an exceptional collection of listings and a magnificent charter portfolio to match.  We wish Burgess the best of luck in the new year.