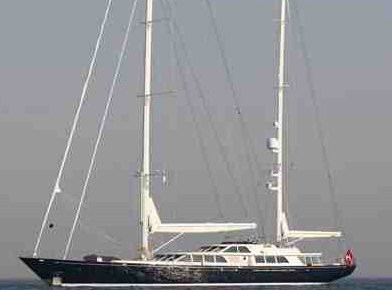 Superyacht Nazenin V to exhibit at the 2010 Monaco Yacht Show

RMK have proudly announced that the world Superyacht award winning Nazenin V will be showcased at the Monaco Yacht Show this September.

Designed by the world renowned Sparkman & Stephens with an interior by Redman Whiteley Dixon Ltd, this 52m world cruising ketch was launched in 2009 with Turkish shipyard, RMK. Her design is a blend of traditional styling and contemporary elegance, creating a timeless sailing design.

Following the great interest in Nazenin V RMK Marine is also working on a similar 56m concept in co-operation with Sparkman & Stephens.

A spokesman for Sparkman & Stephens commented, “In today’s realm of sailing superyachts, performance is a key aspect of design. We have moved beyond the idea of motorsailers of yesteryear where owners were content to sail mostly with the help of the main engine. Today’s owner requires sailing performance, even on a yacht of this size. Performance goes beyond Grand Prix-style performance that first comes to mind, which for yachts like these would exemplified in the popular Bucket races held in St. Barths and Newport. It also includes the ability to perform in all wind and sea conditions when cruising.”

Having already built several Vripack designed explorer yachts, including Private Lives, Jasmin and Caressa K, RMK has expanded their capabilities into all significant build materials which have been proven with yachts in steel, aluminium and composites.

Superyacht Nazenin V will be on display at the Monaco Yacht Show, which will be running from 22nd-25th of September at the stunning Port Hercules in Monaco.