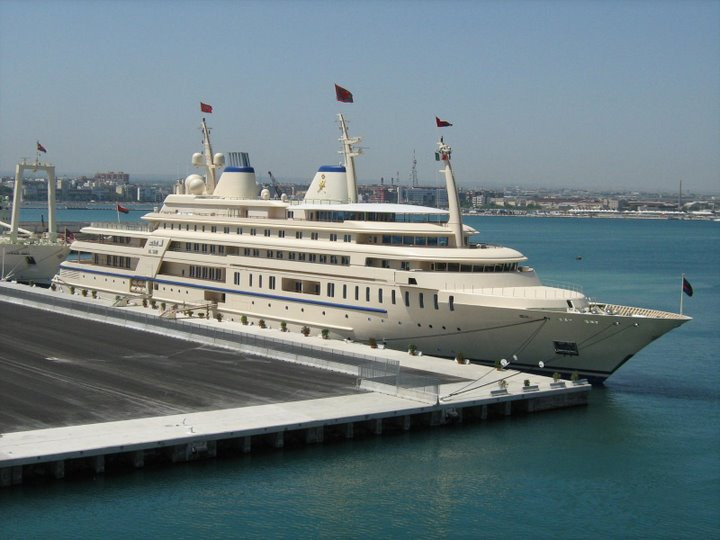 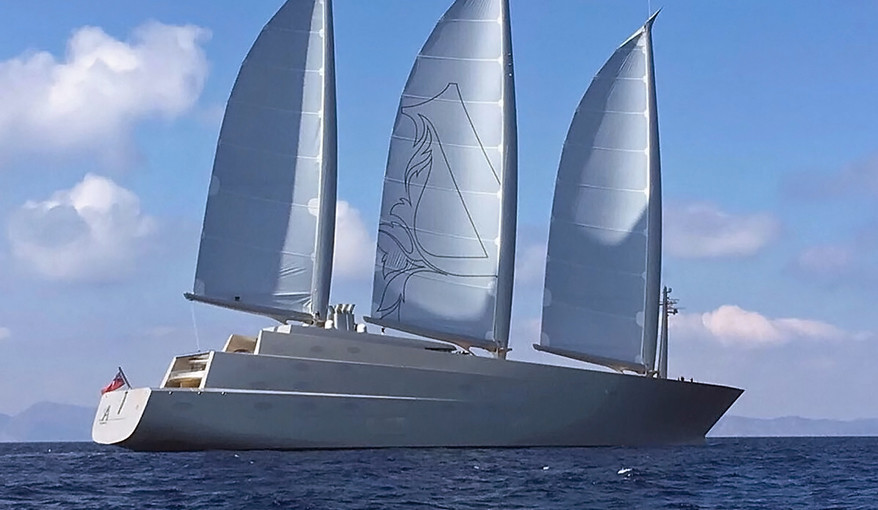 The Current Top 10 Largest Superyachts in the World: Part 2

To kick off 2019, we are thinking about the largest yachts currently on the water. Superyachts.com present the definitive shortlist for 2019's biggest boats...

6. Al Said
The second in the Royal Omani fleet to make it into the top ten largest yachts, Al Said measures in at an impressive 155m. She was custom built in 2008 by Lurssen at their Vegesack shipyard, with exterior styling by Espen Oeino and interior design by Redman Whitely Dixon. Al Said is most notable for her people carrying capacity - she is able to accommodate a remarkable 70 guests and 154 crew. Despite a focus on quantity, Al Said is also a luxurious vessel with a majestic interior featuring classically panelled wood walls, as well as luxury amenities including a concert hall that can accommodate a 50-piece orchestra.

7. Topaz
The seventh largest yacht currently on the water is Topaz, a 147.25m custom-built motor yacht from large yacht pioneers Lurssen. Construction was completed in 2012, when a formidable specimen with steel hull and aluminium superstructure emerged from the floating shed. Like many other large vessels, the details surrounding Topaz have been historically nebulous. We know that her exterior styling was carried out by Tim Heywood Design, whose signature is emblazoned on the superstructure, and that she conceals luxury interior spaces designed by Terence Disdale. We also know that the third largest yacht to be launched by Lurssen belongs to a member of the UAE elite.

8. Prince Abdulaziz
A slightly older vessel, this yacht has persisted in the top ten rankings despite a general trend of larger and larger boats. Prince Abdulaziz is 147m in length and was built in 1984 by Danish shipyard Helsingor Vaerft. Despite her age and size, or perhaps because of it, Prince Abdulaziz retains a graceful appearance courtesy of Maierform Maritime Technology exterior design and interior appointment by David Hicks, who was lauded during his lifetime for his dramatic, colourful spaces. She is a vessel of utmost splendour, with notable features including a large lobby on the main deck which is said to mimic that of the Titanic, as well as a fully equipped hospital, mosque and cinema.

9. El Mahrousa
El Mahrousa is a 145.72m yacht custom built by Samuda Bros in 1865, with sophisticated engineering and exterior by Sir Oliver Lang. At over 145m long and over 150 years old, she is the largest classic yacht currently cruising the high seas. This historic vessel was presented to her owner, the Ottoman governor of Egypt Khedive Ismail, at the opening ceremony of the Suez Canal in 1869 - she is a living, breathing relic. El Mahrousa underwent a 12m followed by a 5m lengthening in the ensuing years before slipping into disrepair whilst being used as a museum ship. A 1992 overhaul made her seaworthy once again, and nowadays El Mahrousa is maintained by the Egyptian Navy but rarely seen in public.

10. Sailing Yacht A
The first motor sailor in the top ten, 142.8m Sailing Yacht A is a 2017 Nobiskrug with beautiful exterior and interior design curated by Philippe Starck. The yacht, which is officially classified as a sail-assisted motor yacht,  is the the second to be commissioned by Russian businessman Andrey Melnichenko. Once again, the details surrounding Sailing Yacht A are closely guarded, but publicly known facts entails her underwater viewing lounge, which resides in the bow, and her possession of the world’s tallest carbon masts - the tallest soaring to 100m above sea level.