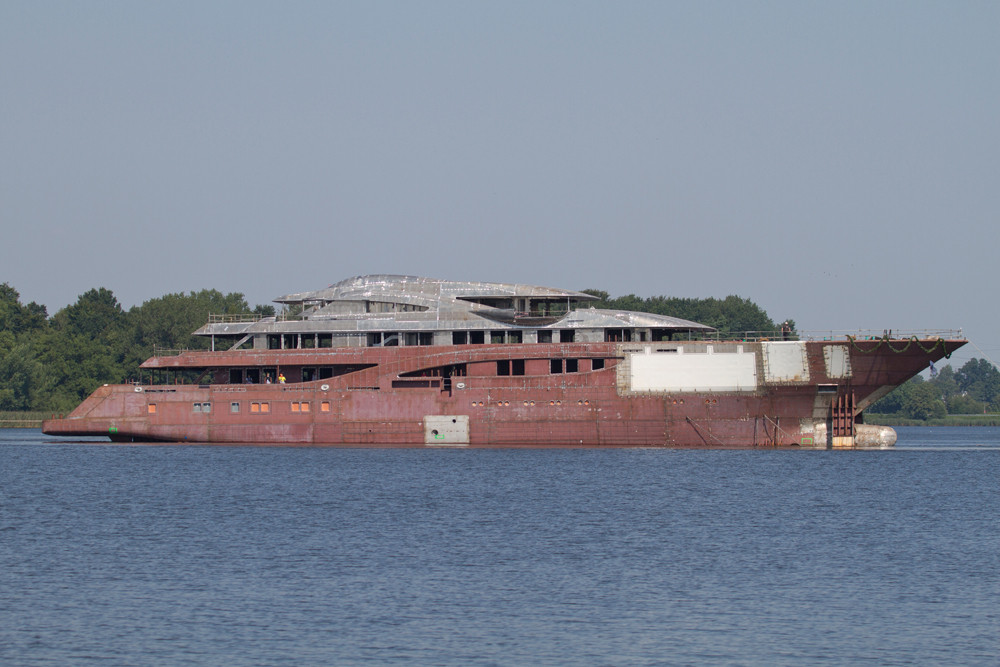 The Top 100 Largest Yachts welcomes revolutionary projects to its ranks every year, with more superyachts entering the water and raising the bar in terms of both creativity and size. This year is no exception, and to celebrate that fact we've gathered details surrounding the brand-new projects we're forecasting for launch in 2017.

Jubilee
The 110-metre (360.8ft) superyacht project Jubilee first emerged from the Oceanco shipyard in 2015 and will be officially launched later this year. The Oceanco yard is buzzing with activity with Y715 and Y712 preparing for sea trials in the North Sea and construction underway on more top secret superyachts.

The Sam Sorgiovanni interior and Lobanov Design exterior are a new match for the Dutch yacht-builders and will no doubt create a superyacht worthy of the top spot in our 2017 Top 100 Forecast.

Aviva
There are no details surrounding the Abeking 6501 superyacht project, except for that this 98-metre (321.5ft) superyacht will be emerging in the near future from the German shipyard Abeking & Rasmussen.

No details are known surrounding designer or design elements, but given the following generated by new Abeking superyachts such as Cloudbreak we’re looking forward to seeing what comes out of the yard in 2017.

Sasha
Lürssen Yachts had a record year in 2016, introducing new yachts such as Jupiter, Tis and a mystery future Top 100 superyacht as well as delivering Dilbar, the world’s biggest yacht in terms of volume. This year, the 85-metre Project Sasha is the German builder’s primary Top 100 entrant with, of course, very few details surrounding the project available.

Lürssen Yachts will also be bringing the 74-metre Project Thor to the water in 2017 but, given the yard’s prolific nature of delivering the world’s largest yachts, Thor misses the Top 100 by a mere few metres.

Intensity
Intensity is a project which came to light in 2015 when the collaboration between Winch Design and Abeking & Rasmussen was introduced as a new project set for launch in 2017. Now completely under wraps, both her builders and designers were unable to comment on the project making this 88.8-metre (291ft) project one of the most closely guarded secrets of 2017.

Illusion
Scheduled for launch in 2016 from Pride Mega Yachts’ facilities in China, the 88.8-metre (291ft) Illusion is another project surrounded by mystery. Sold in 2014, this project combines the design expertise of Rainsford Mann, Sander Sinot and Azure Naval Architects and is predicted to be arriving later this year.

Designed by Espen Oeino, this is a significant departure from the Silver style and presents a more rugged approach to aluminium yacht and leans more toward exploration. With few details yet available, we look forward to bringing you more surrounding this exciting new project.

The Superyachts.com Top 100 Forecast of 2017 is based on launches, not deliveries. Because of this, the number of new launches arriving this year pale in comparison to the deluge of 2016; however, this means that yards are still full, still building and still bringing us the best achievements ever introduced to the water.